ANOTHER SLAP IN THE FACE TO BELIEVING CATHOLICS, EASTERN ORTHODOX, CONSERVATIVE JEWS AND EVANGLEICAL PROTESTANTS AND GOD KNOWS WHO ELSE! 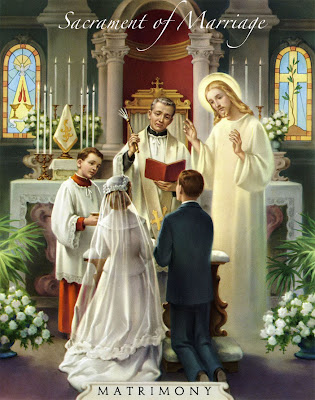 Well, there he goes again! President Barack Obama slaps people of traditional faith and morals in the face again. He knows how to divide and conquer them. He did a masterful job of it at Notre Dame University but enabled by its priest-president. He presented a good case for the pro-abortion movement in American and dissidents in the Church. The only good thing I heard in that talk were the crying babies in the audience who gave voice to their unborn brothers and sisters and the physical, chemical abuse and torture millions of them have experienced under the guise of choice and legality. It makes the sex abuse scandal in the Catholic Church look like peanuts!

Now, our President will no longer support the Defense of Marriage Act signed by his predecessor President Bill Clinton. President Obama believes that this law of the land is unconstitutional as though he is now a dictator in the judicial branch of our government. Isn't that up to the Supreme Court to decide eventually, if I understand my basic Civics' Course from the 9th grade. Doesn't the President of the USA have to uphold the law of the land until it is decided to be unconstitutional by the Supreme Court when a particular law is challenged in court?

I fear we are fighting a losing battle for traditional marriage in civil law. What's the Catholic Church going to have to do? Let me offer some of my ideas and opinions:

1. It is ridiculous given the secular trends today to allow the government to regulate a Sacrament of the Church in any way whatsoever. Why in the world should a Catholic who is free to marry in the eyes of the Church have to get permission from the state to do so? Why do they need a marriage license from the state. Do we require that for any other sacrament of the Church, for baptism, confirmation, for First Confession, First Communion, Anointing of the Sick, Holy Orders? Not just no, but hell no! Why do we allow the state to manipulate the sacrament of marriage?

2. If people want the union of two people to be recognized whether it is multiple partners, same sex partners or whatever, then let the state do its nasty business. Keep the Church out of it. The Church for her part should never refer to civil marriage as marriage. It should be referred to as a Civil Union. The Church only refers to the Sacrament of Matrimony.

3. Finally, the Catholic Church through canonical legislation should say that only marriages performed by a a Catholic bishop, priest or deacon are considered the Sacrament of Marriage. Marriages in the Church between a Catholic and an unbaptized person should be referred to as the "bond of marriage." Thus, any other marriage not sacramentalized by the Catholic Church would be considered the "bond of marriage" if it occurred in a protestant denomination. Protestants in fact do not teach that marriage is a sacrament or indissoluble. You can get married a second, third and many more times after a divorce in most Protestant denominations and in the Church! The question of Eastern Orthodoxy's canonical understanding of marriage as a Sacrament needs to be studied further. There is is a good case to accept their marriages as the Sacrament of Holy Matrimony.

4. In no case, should the church accept as the Sacrament of Matrimony any "civil union" "marriage" performed by the state!

Now, for what I think would be great about the separation of the Church and State when it comes to the Sacrament of Matrimony.

Once the nation gets out of the business of the Sacrament of Matrimony and only recognizes civil unions or legal partnerships (that some might euphemistically call marriage) that will enable me as a celibate priest to do the following and all while still being a chaste celibate and unmarried:

1. I will find another person, man or woman who has a good pension, a lot of insurance and control over a vast empire and enter into a civil union or partnership (aka, civil marriage) so that I can inherit his/her insurance, government pension/social security benefits and whatever else the law entitles me to have from his/her estate. Afterall, isn't government sanctioned civil unions (aka, marriage) all about legal rights and benefits and nothing to do with what the Sacrament of Matrimony is all about (sacramentalizing a sexual relationship that is unitive and procreative.) It has nothing to do with sex. So I would be safe in the eyes of the Church entering into this strictly speaking government union!

2. On the other hand, thank you Barack Obama and supporters of same sex unions recognized by the government!
Posted by Fr. Allan J. McDonald at Friday, February 25, 2011

This demonstrates the problem with looking to politicians for moral guidance. A previous post wondered about JFK, Pelosi, et al. and how there personal and professional behaviour showed allegiance to their careers vice their God. Here we have a fellow who is simply using this issue martial a block of reliable supporters in exchange for support of his flagging (note the 'L') performance.

The lesson here is that we look to our Church and God for these sorts of answers, not a politician.

RCG, did you just say something?

1. Marriage has a direct impact on the society in ways that Baptism, Confirmation, Holy Orders, etc., do not. For example, who inherits what when a spouse dies? Yes, for the order of our society, the State ought to continue its minimal involvement in the issuance of marriage licenses.

2. A Civil Marriage is, in our Church's theology of marriage, a marriage. There is a natural right to marry, so if two agnostics make their vows before a JP, we should acknowledge this as a true, while non-sacramental, marriage. The idea that our Church should recognize as marriage only those marriages entered into before a Bishop, Priest, or Deacon, seems to me to deny a great deal of our doctrine regarding marriage . . . ?

I agree with you completely. The sad irony is, if the Church were to disassociate itself from civil unions, the state would probably declare sacramental marriages illegal. I can see a day when it would be legal to 'marry' one's sister, brother and/or collie but not a fellow Christian of the ooposite sex. God help us!!

Auto correct on iPhone is a hazard to communications.

Although I didn't see the movie, "Sleeping with the Enemy," the title reminds me of the relationship between the American Catholic Church hierarchy and the progressivist/socialist Democrat Party. Now there’s a “civil union” for you to contemplate, along with the malformed offspring they begat, like Obamacare. Since, for the most part, they are one big happy family, it is an incestuous relationship. Obama’s cohort of dissident “Catholic” politicians and appointees also comes to mind.
George Weigel's article appearing elsewhere in this blog touched much too kindly and lightly on the malfeasance of the USCCB. That would require a separate article. Does anyone know if he or someone else has written it already?

Another offspring of that unholy alliance was the 2008 election wherein 54% of the Catholic electorate, with the aid of the USCCB apologetic, gave us the primo abortionist-in-chief. How's that working out for you?

Ality, You mean the USCCB... United States Communist Cabal of Bishops...LOL! God help us...I cringe every time I hear they are meeting.

By jove, I think he's got it! The quandry for me is deciding which is worse, the USCCB or the UN. Probably the former because they are in a better position to harm the soul.

"If people want the union of two people to be recognized whether it is multiple partners, same sex partners or whatever, then let the state do its nasty business. Keep the Church out of it."

I believe that even if the state recognizes same sex marriages, there would still be demands that the Church must change. I'm sure that in the call for SSM rights there is an element of wanting the financial and tax benefits enjoyed by married couples today, but there is also a huge amount of hatred for the Church in our culture. I think that the hope is to pervert the teachings of the Church. Evidence of just how powerful moral relativism is in society.

The Truth was true even before our laws were established. The bible states that marriage is the union of one man to one woman. Nobody can change that definition, not even our president.

R. E. Ality: The USCCB is worse than the UN, hands down. Nobody takes the UN seriously.