HAPPY, NO I MUST TRANSLATE PROPERLY, BLESSED NEW YEAR OF 2011 AND NOW MY PREDICTIONS FOR THE NEW YEAR! 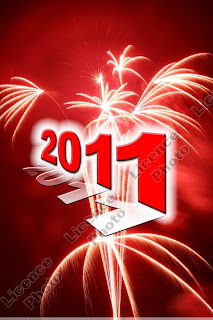 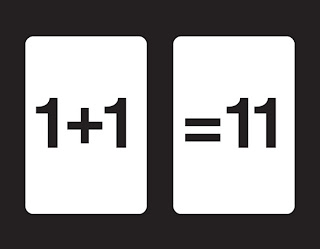 As many of you know I am clairvoyant and thus I make predictions about the future and these are my liturgical predictions:

1. On Saturday Evening at 4:30 PM on November 26, 2011, a new English translation of the Mass will be implemented at St. Joseph Church and worldwide in English speaking places!

2. On December 24, 2011 Mass confusion and outright wrong responses will be spoken and sung at the Christmas Eve Masses at St. Joseph Church and worldwide in English speaking places as Catholics who only attend Mass twice a year will be overwhelming those who are regulars and will be clueless that a big change occurred in the English Mass.

3. Regular Catholics will be stumbling through the new English translation of the Mass, reverting, in an unthinking way, to the old translation.

5. St. Joseph Church will acquire a new hymnal to replace the now outdated English hymnal and the hymnal will not include "Amazing Grace", "How Great Thou Art", "Be Not Afraid" and "On Eagle's Wings." There will be anguish and trauma at funerals when these are not heard and Fr. McDonald will be seen as the bad guy. I'll tell them that it was the music director that decided.

6. The Benedictine Altar arrangement will be codified in the General Instruction of the new Roman Missal.

7. The option of celebrating Mass either ad orientem or pro populum will be clearly stated in the GIRM.

8. The GIRM will make clear that the laity have a right to kneel to receive Holy Communion and that kneelers and altar railings must be available for them and that what Pope Benedict models at the Liturgy is to be the norm for the Church and not just kneeling.

9. The second choice in the American Adaptation of the the GIRM, Holy Communion by Intinction, will become in reality the option that will not be snickered at or sneered at by imperialistic, uncaring liturgists who prefer the laity to drink from the common chalice and thus contract germs, viruses and worse. After lawsuits and big payouts there will be a big "mea culpa" from those who promoted drinking from the same cup and the bishops will recognize that the Church shouldn't be in the business of pontificating about how natural and safe it is to drink from the same cup without risk of catching anything serious or deadly if the cup is turned, a clean purificator is used to wipe the rim and sick people with H1N1, AIDS, Hepatitis, TB and with open wounds, sores and herpes on their lips and mouths volunteer not to receive from the chalice.

10. The Church of the Most Holy Trinity in Augusta will see the return of the regular celebration of the Extraordinary Form of the Mass.

I predict that all those Catholics who take their Catholic faith seriously, strive to strengthen their Catholic identity at home, work and play and attend Mass as often as possible even during the week when they can, will have a most blessed and fruitful New Year in our Lord, 2011.

What a sense of humor!!
ooh..you were kind of serious, weren't you...sorry...at first I thought you were joking.

Pray for those who strive to fullfill the last (un-numbered)prediction in the face of hatred, ridicule, and animosity are given the strength to perservere and not falter.

May God grant you a most blessed New Year, Father, especially with confirmation of your clairvoyance through fulfillment of all your predictions.

Sad to say but your father's home country will be one of the exceptions to your number one prediction.

"The Bishops of Canada cannot select a date for the implementation of the Missal in Canada until all the approved texts, including the adaptations, have been received and the necessary amount of time ascertained for the Canadian Missal to be printed and published."

Maybe we should all be consistent and use the LATIN texts.

You should write down your visions in a book, ala Nostradamus, called "Hey, Ya'll, Watch This". You could set the hour, 24 Dec 2011, when the words of the faithful will set them apart and the tongues of the posturers will betray them. The songs of the elders will fall harshly on their ear. And behold! the Infrequent will cry out "The priests have turned their backs to us". The faithful will say, "Look, he leads from the front and rightly points the way", and they will kneel before the altar and say, "I am not worthy, O Lord, but feed me and touch my tongue with but a single drop of your blood and I am healed".

Or something like that. Winter is always good for Fire and Brimstone.

Strive for perfection! "Brick by Brick"- as some luminary has said. Gauisus Novus Annus!

Very good. Without your permission I copied and sent them to the liberal liturgy committee at our church. They already don't like me and so this will add to the flames but whatever. I can see you weren't out celebrating last night because you were obviously in a clairvoyant trance. I particularly like #5. Happy Feast of the Mother of God.

I use to tease my cousins in Cape Breton that America should conquer Canada since they are so much like us. But they are more liberal and in some quarters have become so politically correct and flaky that it is an embarrassment. I only hope that Canadian Church will get with it.

I predict the following news story will appear in a New Jersey paper:

Shortly after Father I.M. Disobedient of St. Lukewarm Parish announced that due to "pastoral concerns" the new translation would not be used, a deranged man rushed to the front of the church. The man reportedly shouted, "Vivat Jesu! Morituri te salutamus! Tonight we dine in purgatory!"

Only the presence of a phalanx of 72 EMHC's prevented the attacker from reaching either the presider or the liturgical coordinator. Thinking quickly, Sister Earthjustice of the Daughters of St. Polyester mortally wounded the crazed man by striking him with her Wiccan Mother pendant.

Said Father Disobedient, "The man, a recent convert, was obviously not in his right mind. Luckily, a lay minister was able to reach him before it was too late and he died fortified with the Blessing of Gaia"

Does anyone even take Canada seriously anymore? A Socialist haven,the French there hate the English and the Americans, and the feeling is so damned mutual. LOL!

To everyone: Happy New Year!

Can't say I'm sure about all of these, but the ones regarding Christmas are right on the mark -- and all of them are thought provoking (and many funny as well).

Thanks Fr. Cody and I enjoy your posts on Pray Tell!

From your lips to God's ears!

How else to interpret such a bold prophesy?

No, I've been there and done that, and the Lord has me were He wants me for the time being!

That should be "Y-appostrophe-all," as a contraction for "you all;" id est: y'all. Are you a Northerner by any chance?

Fr. Macdonald: great prophecies! Wish I were in your part of the glorious South -- I'm a California transplant. I was born in Columbus, as were my forbears who initially arrived in Savannah in 1850 and attended St. John the Baptist in that port city. My g-g-great uncle was christened Francis Gartland (1870) in honor of the priest.
http://cvrlsarchives.org/index.php?p=digitallibrary/digitalcontent&id=469

This is great - at least you're talking about it:)- no one here is! I live on the West Coast and a close relative is in Macon so I'll have to see if I can make it to that amazing Mass in November 2011...

Re your Predictions...
1. Intinction is an Eastern Rite 'thang' & needs to remain so along with all that bowing & standing - that is why we breathe from TWO lungs!
2. YOU drink FIRST from the 'special chalice', so why are you so concerned about the plebes in the pews catching skanky stuff? Your concern over H1N1, etc, is sounding quite OCD germaphobic & can't possibly be a true reflection of your manly nature, new scar & all that!
3. Which Hymnal are you predicting (praying for)- how about St. Michael's?
4. Kudos re your number 10 prediction - imagine a church where there is such a 'reticence' to follow the Holy Father's lead - why would THAT be...?
5. I am praying the LaBafana makes her way over from Italy, fills YOUR stocking with candy & gives those d*&^% American cafeteria style Bishops a good lickin' with switches on their backsides for choosing the lazy man's approach to Catholicity!
Happy 2011! -pgal

While Iam concerned about the laity getting germs, they clearly are not forced to drink from the chalice. It is their choice. However EMs are asked to drink what remains and only clergy are allowed to purify the cups by drinking the abultions from the cup that up to 30 people had their mouths on. Now I can make the lesser clergy do that (deacons) but I don't have them for every Mass. I guess I could make the lay EMs do the cleaning in defiance of the law, but then I would be accused of clericalism!