THE CHURCH MESSES WITH THE CALENDAR AGAIN AND LA BAFANA DIDN'T COME LAST NIGHT BECAUSE NO ONE TOLD HER OF THE CHANGE OF DATE FOR EPIPHANY!!!

There are tears in my eyes as I take this photo of my empty La Befana stocking this morning which is Epiphany Sunday, January 2! Epiphany is suppose to be on January 6th! But they changed it!!!!!! 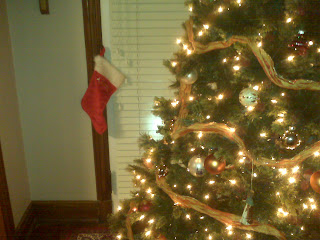 This is a TRAGEDY!You can only imagine how I feel taking this sad photo of my empty stocking this morning! 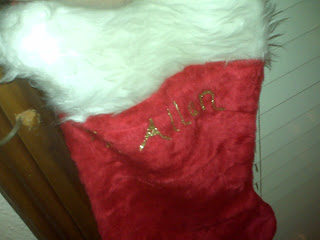 La Befana from Italy images are below. She visits children on the eve of Epiphany and places gifts for good children in their stockings hung by the chimney with care! Bad children get lumps of coal in their stockings, there is justice in Italy! But no one told her that in America and other places Epiphany is moved from January 6th to the Sunday before! So I am rather steamed that my stocking is empty this morning since La Befana didn't know that she should have visited last night, New Year's Day! 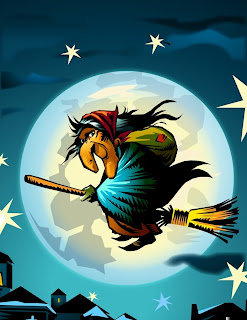 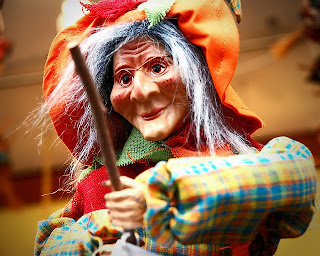 My mother is from Tuscany, Livorno in Italian, Leghorn (like the chicken) in English and about 15 kilometers from Pisa. I was born in Napoli because my father was stationed there at the time, thus I'm the black sheep of the family as northern Italians have a very derogatory word for those born in Naples, which I can't print here. Yes, there are north and south prejudices in Italy too and who would have thought that I would end up in the south in America?

Yes, I am steamed! I am mad! And I am whining about the bishops transferring important feasts in the Church to a day other than when it is supposed to be celebrated. Epiphany is a case in point. It is one of the most important Christmas holidays in Italy and in many Eastern countries too! Yet in America, it is transferred to the Sunday before January 6th! What's up with that! So this year it is on January 2, the day after New Years, which really should be the Circumcision of the Lord, but a more politically correct name was given to it after Vatican II, The Blessed Virgin Mary, Mother of God!

La Befana comes to good Italian children's homes on the Eve of Epiphany, January 5th, but no one told her to come last night! I am steamed I say. She also comes to bad children's homes but leaves a lump of coal in their stockings!

To add insult to injury, when we moved from Italy in 1956 to Atlanta, Georgia, my Canadian father feared the south and that we immigrants would be marginalized and shown prejudice by southerners. My father forbade us three children from speaking Italian in the home so my mother could learn English. Well we spoke to my mother in English, but she always spoke to us in Italian, even to this day!

When my mother tried to continue the La Befana tradition in Atlanta, my father forbade it since southerners might not understand it (and well they didn't, it looked like Halloween witchcraft to them and a frightening figure!). Plus my father thought that it would confuse me with having to believe not only in Santa who filled stockings on Christmas Eve (thank God the Church hasn't yet transferred this feast to the Sunday before December 25th or I wouldn't get anything) but also in an ugly witch who would do the same thing on the Epiphany Eve! So I was cheated out of what La Befana would bring me all my life until about 15 years ago.

In my parish in Augusta, Cheti Warner who is from Vicenza and has cut my hair for the past 18 years, always gives me a stocking filled with neat things on Epiphany. Evidently La Befana still comes to her home in North Augusta, which is in South Carolina.

And yes, I have been a good boy and La Befana would have given me nice sweet things instead of coal if she had only known about the calendar change those d*** bishops changed!

Read all about La Befana and Epiphany in Italy
By Martha Bakerjian,:

The Feast of the Epiphany, celebrated January 6 with a national holiday in Italy, and the tradition of La Befana are a big part of Italian Christmas celebrations. Epiphany commemorates the 12th day of Christmas when the three Wise Men arrived at the manger bearing gifts for Baby Jesus. The traditional Christmas holiday season in Italy lasts through Epiphany.
La Befana

Italy's traditional celebration includes the tale of a witch known as La Befana who arrives on her broomstick during the night of January 5 and fills the stockings with toys and sweets for the good children and lumps of coal for the bad ones.

According to the legend, the night before the Wise Men arrived at the manger they stopped at the shack of an old woman to ask directions. They invited her to come along but she replied that she was too busy. Then a shepherd asked her to join him but again she refused. Later that night, she saw a great light in the sky and decided to join the Wise Men and the shepherd bearing gifts that had belonged to her child who had died. She got lost and never found the manger.

Now La Befana flies around on her broomstick each year on the 11th night, bringing gifts to children in hopes that she might find the Baby Jesus. Children hang their stockings on the evening of January 5 awaiting the visit of La Befana.

The origins of La Befana may actually go back farther, to the Roman's pagan festival of Saturnalia, a one or two week festival starting just before the winter solstice. At the end of Saturnalia, Romans would go to the Temple of Juno on the Capitoline Hill to have their augers read by an old crone. Many pagan traditions were incorporated into Christmas celebrations when Christianity became main stream. La Befana was a good substitute for the old woman who read the augers. The saying augur originated with this practice, too, as it was common to wish someone good augers.
La Befana Festivals

The town of Urbania, in Le Marche region, holds a 4-day festival for La Befana from January 2-6. Children can meet La Befana in La Casa della Befana. This is one of the biggest celebrations for La Befana in Italy.

In Vatican City, following another Epiphany tradition, a procession of hundreds of people in medieval costumes walk along the wide avenue leading up to the Vatican, carrying symbolic gifts for the Pope. The Pope says a morning mass in St Peter's Basilica to commemorate the visit of the Wise Men bearing gifts for Jesus.

Rivisondoli, in the Abruzzo region (Abruzzo map), has a reenactment of the arrival of the 3 kings on January 5 with hundreds of costumed participants.

Milan has an Epiphany Parade of the Three Kings from the Duomo to the church of Sant'Eustorgio on January 6.

Many towns and villages in Italy have similar processions, although not as elaborate, ending with a living nativity scene, presepe vivente, where costumed people act out the parts of the nativity. Living nativities, presepi viventi, are often presented December 24-26 and repeated for Epiphany.

A liturgical expression of from the same group that scratched Ascension Thursday! My wife is a Eastern rite Catholic and they still get it right!

I guess no one really cares, due to the lack of response. However, I would gladly fill your stocking with sweets, fruits, and nuts, but alas, you leave on Sundays, do not return to St. Joe's until Tuesday, and your vacation starts this Wednesday, so I guess you do not really care either.

Maybe she didn't leave you anything because she knew you heated the Rectory with electricity.