IS EVANGELICAL CATHOLICISM DEAD, DYING OR SIMPLY ON LIFE-SUPPORT? 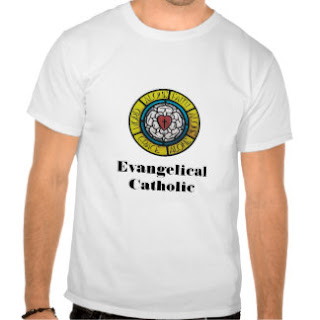 Back in 2007, John Allen wrote about Evangelical Catholicism. These are some of its trademarks:

[It] is the most powerful current at the policy-setting level of the church, as well as a dynamic constituency at the Catholic grassroots.

It pivots on three points:

1. A strong reaffirmation of traditional markers of Catholic belief, language and practice. Examples include the revitalization of the pre-Vatican II Latin Mass, reassertion that Catholicism alone possesses the fullness of what it means to be “church,” and rejection of theological tendencies that would put Christ on the same level as other saving figures;

3. Defined this way, “evangelical Catholicism” can be understood as a response to secularism and what Benedict XVI calls the “dictatorship of relativism,” protecting the church against assimilation by emphasizing what makes Catholicism distinct.


Pope Francis: What is the Real Enemy?

By Andrea Gagliarducci it seems that he believes another mega trend from the late 1960's and 70's is having a resurgence in the papacy of Pope Francis. You can read the full article by pressing the title above, but here is an excerpt:

The topic does not deal merely with the possible effects of the Reformation on Catholic discipline. It involves the nature itself of the Church of Rome as it has been historically conceived. Through his preaching, Martin Luther questioned the sovereignty of the Holy See. He replaced de facto the notions of freedom and responsible choices with the notion of mercy, and thus considered the human being not fully responsible for his choices, that is, not free. He unchained the Church from the authority of the Pope, and replaces the authority of the Pope with the authority of princes, that is, with secular power. Lastly, he initiated a denigrating campaign against the Catholic Church that still echoes in current anti-Catholic media campaigns.
Posted by Fr. Allan J. McDonald at Tuesday, January 05, 2016

If we are to use the term as John Allen did, then evangelical Catholicism is alive and well in the demographic group of young gen Xers and Millennials who make up the John Paul II generation of priests and religious and lay activists now beginning to flood the parishes and diocesan bureaucracies and school apparatuses.

In 10 years almost none of the current "nuns on the bus" will be alive or still active. Their orders will continue to collapse and combine with each other leaving enormous pastoral holes to fill with the "last man standing" - meaning any young Catholic still in the pews. These are relatively fewer than their boomer elders but they are overwhelmingly "evangeligical" Catholic.

In 10 years most dioceses will be half Hispanic (a young, vibrant if poor) population of blue collar worker bees... and half white 'evangelical' Catholic. The clergy will increasingly be populated by "traditionalists" (boo, hiss, harrumph...) whose hobby more often than not involves hunting or skeet rather than golfing.

In 2026 we will almost certainly be hitting the 'event horizon' with the federal debt and deficit as the percent of interest payments on the debt will balloon to over 20% of the total federal budget. The poor, minorities, and women will be hardest hit, especially in those categories of people whom the liberal "progressives" spent a lifetime getting addicted to and utterly dependent on federal wealth transfers as "progress".

Into that economic maw the Church scene will be vastly different than it is now. How many Catholic K-12 schools will survive on the current model? I think about 2/3rds of the current schools. The rest will need to come up with a hybrid model of half-home school, half institutional school to stay afloat and actually educate the next generation of Catholics vs. the next generation of anyone able to pay high tuition.

I see no stopping the homeschooling trend (as of 2015 there were more children being schooled at home than in the entire Catholic school system.) but homeschool by and large is dependent on a single income model. Most Hispanics can't survive on that model and can't afford tuition for Catholic schools...so if we want them to remain Catholic something will need to give.

I don't think 2026 will dawn with the Church 'saved' by Hispanics. I think by then less than half of Americans of Hispanic ethnicity will no longer identify as Catholics and 3/4ths of those who do so identify will send their children to aggressively secular schools in an increasingly aggressively secularizing culture which will make them feel embarrassed for their Catholic roots. So who's going to fill the pews? I think we are kidding ourselves if we ASSUME it will be Hispanics for ever and that the non-Hispanic whites, Asians, and blacks will wither away or suddenly become progressive liberal secular humanists.

A good post from Jusadbellum. However, with regards to home schooling, whether this continues or not may depend on whether there is a Hilary-led US in the future because no doubt she could follow the trend in German and Sweden where home-schooling has been outlawed. I don't forget what Cardinal George said:

So it is highly probable that things will get a lot worse before things start to improve. However, Church Militant is taking a positive view:

"The authentic Catholic uprising is underway

More and more lay Catholics are embracing traditional Catholicism and forming a resistance on all levels against the ever-politicizing "establishment Church."

Catholic laity have received almost no substantial instruction in anything, whether it be doctrine, the sacraments, the liturgy, basic morality, etc., since the late 20th century, and especially in the wake of the Second Vatican Council. But now things are changing, and new movements are arising.

In the liturgical world, for instance, many young Catholics are forming groups like Juventutem, an international organization for young adults who love the Tridentine Mass. In fact, the resurrgence of the Tridentine Mass since Pope Benedict XVI's 2007 apostolic letter "Summorum Pontificum" is owing largely to young Catholic laity and young priests who want the traditional Latin Mass."

And the increase of vocations under a conservative bishop:

BRUSSELS (ChurchMilitant.com) - Belgium archbishop André-Joseph Léonard is revealing how his personal fidelity to the Church, in the face of contradiction, was blessed with many vocations.

In a recent interview, the former Primate of Belgium spoke candidly of the astounding rise in seminarians under his watch, the opposition he faced following a liberal predecessor, and his disappointment with the Synod on the Family.

In 2010, with the retirement of Léonard's liberal successor, Cdl. Godfried Danneels, there were just four seminarians in his diocese of Mechelen-Brussels. Under Léonard's leadership, in spite of liberal opposition, that number increased sharply to 55 vocations in 2015."

There is also an interesting programme Extraordinary Faith a half hour programme that has screened on EWTN and shows the growth of support for the Traditional Mass. The following episode highlights Juventutum in Miami and is well worth watching.

The present resurgence of 1970s type silly season is limited to the oldest generation of Catholics, especially priests, bishops, and cardinals. I see expansion in ET Masses even in a diocese where Catholics constitute a 2% minority presence and the ordinary is not particularly friendly to tradition.

The Church ethos embraced by Pope Francis and his ilk is dying. The liberal orders are going out of business while still baying at the moon about the "glories of renewal and Vatican II." I guess denial is the best way to handle your life's work going up in smoke.

I, likewise, agree with Jusad. Despite a diatribe against me in a previous thread, I am very conservative in both religion and politics. I love the EF Mass (being a pre-VatII Catholic, I was brought up in it), but live in an area where it is unavailable. I also home-schooled for a time in the 80's with none of the support structures currently available, using a Catholic curriculum.
All that said, I don't blame Vat II for all our ills, as many here do. I blame the era of rebellion on many fronts in our culture, and errant priests and bishops who just reveled in "doing their own thing". Nauseating times that produced unravelling of our moral fiber with permanent social consequences that spread like wildfire through our country. I lived it.

"I don't think 2026 will dawn with the Church 'saved' by Hispanics. I think by then less than half of Americans of Hispanic ethnicity will no longer identify as Catholics and 3/4ths of those who do so identify will send their children to aggressively secular schools in an increasingly aggressively secularizing culture which will make them feel embarrassed for their Catholic roots."

If by "not identify as Catholic", you mean they will rarely if ever attend Mass, then that is of course a real possibility. If that is your gauge though, then might that even as true, or more so, of non- Hispanic Catholics? On the other hand, there are many Catholics who no longer practice the faith who still identify as such. I don't know how much that applies to Hispanic Catholics. It is my belief that Hispanics(Latinos) even now constitute a significant part of the American Catholic Church and in some places they are already having a large impact, even outside their traditional areas of settlement such as Texas and California.

As far as Home schooling, what makes it affordable, and even possible for many today, is the resources available on the Internet and elsewhere and also the banding together of home schoolers and their parents into groups to share resources.

I sure hope you guys are correct about a return to traditional Catholic identity and worship. I'm skeptical, however.