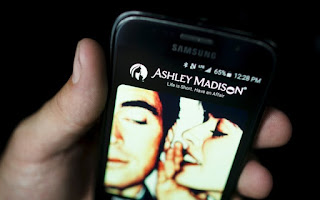 Around the world  people who have registered at the adultery website Ashley Madison have been outed since it was hacked for nefarious reasons. Some are relishing the fact that this has happened. Revenge seems to be a motive.

Our state representative has been outed too. It appeared in the Macon Telegraph. This is his response:

“I’m deeply, incredibly sorry to the people I’ve hurt,”  “I was a complete idiot to go there in the first place.”

(The representative) went through “a very difficult period in my marriage” several years ago. About two and a half years ago, he said he told his wife, “about every detail of my involvement” on the website.
“Through tears and heartache, much pain and anguish, and with intense professional counseling, we made the decision to work to save our marriage. Her powerful and merciful gift of forgiveness helped us make it through some very dark and lonely days,” it read in part.

“This was a private matter that we thought we had resolved,”

“I fully realize I have disappointed many people,” “There is no excuse or justification, what I did was wrong, and I am truly, deeply sorry to all those I have clearly hurt.”

MY COMMENTS: I suspect what you read above is true repentance. In no way is the state representative trying to change the Church, the bible, or the fidelity that husbands and wives owe one another. He is not in our faces saying his moral choices or immoral choices shouldn't be judged. He has sinned and acknowledged it. He isn't asking his colleagues or his constituents to accept his adultery as a legitimate way of life to be sanctioned even by churches. No one is giving him a party for trying to push the envelope in getting people to accept adultery and he doesn't expect a party or to be treated as a hero pushing forward an agenda.

He's acknowledged his wrong; he doesn't have a social agenda to make adultery acceptable; and he is going to make amends and already had done so with his wife.

The way of repentance and a desire to avoid the sin in the future is the way to go in the world and in the Church. In your face attitudes about adultery or any other immorality as having to be accepted because this is how a person is born or the way society is going is simply ridiculous.

Pray for people caught up in all of this and pray for the conversion of the USA and the world! Kudos to our state representative for his frankness and repentance!

Repentence is always a smart move after you've been caught red-handed.
Remember that all this was going on when Mr. Peake was fighting to defend "the sanctity of marriage."
So many hypocrites in so many high places.

What would you rather be, a hypocrite who publicly defends marriage while personally committing adultery or a proponent of adultery who also commits adultery?

What's worse? To tell the kids not to smoke (while secretly smoking) or to encourage the kids to smoke while openly smoking as well?

Or to tell people to not be racist (while secretly venting one's racist spleen anonymously) or to publicly defend racism philosophically while encouraging others with ones "proud" and openly relished acts of racism?

I'm afraid the Left/progressive's old and final card to play - the accusatory "hypocrite" charge which once seemed like the only sin they believed in, no longer has much currency either for offense or defense (insofar as their own hypocrisy on any number of issues is getting too large to hide).

While both are bad, I'd much rather be a hypocrite than a libertine. Because at least the hypocrite knows he's wrong on some level. The libertine is utterly deaf and blind to his sin. Our Lord honored the Pharisees with his wrath while he was mute before Herod.

I'd far rather My Lord honor me with his wrath for my sin than ignore me and leave me to stew in my own juices!

We err in thinking Jesus hated the Pharisees and wanted them to go to hell. The only point in calling them names was to CONVERT THEM.... and indeed many Pharisees DID convert after Pentecost. But a libertine like Herod was so utterly given over to hedonism that no amount of warning and strong language would have helped him.

The Holy Father wants sinners to come in the Church. Some he doesn't judge, some he does. Glory be to God.

Let's see, paying for the opportunity to cheat on your wife with another adulterer has consequences. Who'd a thunk...

Further news out about AM website is very interesting.... seems that there were 30 million subscribers but all but 12,000 of them were men! So guys were getting scammed into thinking they'd hook up with cheating wives when in reality almost none were.

The amazing thing is that this company was on the verge of selling stock (IPO). they would have fleeced millions or billions from investors on a fraudulent business model.

But then, like Planned Parenthood...the moment you choose to disobey God's commands, why would we think they'd care too much about ethical or legal strictures? Of course they'll lie to their own clients too!

Old joke (I think it is ok) in light of Ashley Madison:

Man goes to brothel, knocks on the door, and says: I want to get screwed."

The man does so and waits. Nothing happens. He knocks again. No answer.

Finally, the man yells, "Hey, I want to get screwed!"