Cardinal Mueller, Pope Francis' Prefect for the Congregation of the Doctrine of the Faith, has named the disease that is the Arrogant German Catholic Church! Stunning remarks that could describe the Liberal Church in many parts of the world, not to mention liberal religious orders! 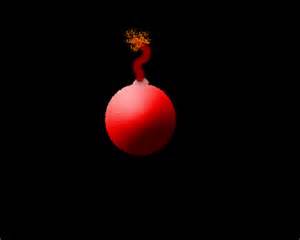 Head of CDF, Cardinal Müller warns of a split as big as the Reformation

The Prefect of the CDF, Cardinal Gerhard Müller, has criticized in Regensburg on Tuesday a "climate of the German claim to leadership for the whole universal Church". At a book presentation, he pointed out the high number of people leaving the church, the deserted confessionals and empty seminars and religious houses in Germany. Often he has been asked from where the establishment of the so-called "German Church" derives the claim to be pacemaker for the universal Church with all the symptoms of a dramatic decline precisely on questions of sexual morality and the Catholic teaching on marriage. Müller warned against drawing from the situation in Europe conclusions about the future of other continents. "We should not promise others so that is also occurs with them as it is with us – so that the de-Christianization would be an unstoppable natural process. No. With faith you can move mountains."

Only a "sustainable new evangelization with all sincerity and apostolic zeal" could counteract the insipid state of Christianity in Germany, said the prefect. Despite talk of dialogue, "an ideological tension" is not to be overlooked. At the expense of the truth and the unity of the Church, a change of practice should be imposed leastways.

Reviewing the Family Synod, he criticized the fixing of the debate on controversial issues. It was "Problem-blind" when the admission of the civilly married, who still lived in a valid marriage Church marriage, to Holy Communion and the recognition of homosexual relations "were declared central themes of a pastoral ministry of the future".

The cardinal said: "By all means, it is attempted- exegetical, historical, history of dogma studies and with reference to psychology and sociology- to deconstruct the Catholic teaching on marriage, which arises from the teaching of Jesus, and put it into perspective, only so that the Church appears compliant with society. Whoever is faithful to the teachings of the Church, will be combated in the press and even more vilified as an opponent of the Pope, as if it were not the case that the Pope and all the bishops in communion with him would be witnessed of revealed truth, which was transferred to them for faithful administration, so they are not lowered by human beings to human proportions."

Cardinal Müller warned emphatically of a split: With regard to the separation of religious doctrine and religious practice, one should "be very vigilant and not forget the lesson of Church history." In Germany in the fateful year of 1517, the sale of indulgences became the occasion of the Protestant Reformation and the unwanted cleavage of Western Christendom. Overlooking the indulgence controversy, he explained, it was not the doctrine of Johann Tetzel on the inheritance of temporal punishment due to sin that was wrong, but "failure to comply with it in practice, and the awakening of a false note". The prefect demanded forcibly honesty in proclamation: The teachers of the faith should not be lulled into a false assuredness of salvation just in order to provoke no offense. "We must not be fooled when it comes to the sacramental nature of marriage, its indissolubility, its openness to the generation of children, and the fundamental complementarity of the two sexes. Pastoral care must have in view eternal salvation. "

The Prefect also rejected notions of a new understanding of revelation in the sense of a "reality of life". In the sense of faith, the people of God experience not a new revelation but in one in which the once and for all enacted salvation-revelation of God is fully preserved in Jesus Christ and orientated to the people of today and tomorrow. The cardinal stated: "It's not about adapting the revelation of the world, but to win the world for God."

Coming to the US with the Pope...who is now loving the LCWR. Catholicism is making a laughing stock of itself worldwide. Soon, no one will take it seriously anymore except as entertainment.

Why does everything happen in Regensburg? First Benedict XVI's explosive speech, now this!

What is to be done?

Liberal ideology gradually captured Catholic theological thinking over the centuries. It became a fashionable and dominant theological force after WW II. It triumphed at Vatican II.

John Paul II and Benedict XVI were first part of this enterprise but then later realized that "mistakes were made" and spent the rest of their lives trying to make amends. Now we have a new situation with the current papacy, one that seemingly lacks a coherent strategy on how to bring stability to a seemingly hopeless crisis situation. One day we go left, another day to the right. Confusion is the best term to describe the theological atmosphere everywhere in Catholicism.

In this posting we see Cardinal Muller warning us about the impending disaster, yet the forces in charge of the October Synod have managed to repost their agenda, this time on the doors of St. Peter's Basilica. One can almost hear the organizers chant "Here we stand..."

Can anyone really think that the Church is in a healthy state when a majority of Synod participants last October, not the required two-thirds, voted for accepting adultery and same sex marriage, if not as normative, yet still tolerable Catholic Christian theological praxis? That is what is soon going to be advocated at a Catholic Synod in the presence of a Roman Catholic Pontiff! It should not ever have come to this.

Cardinal Muller is probably right about the Church becoming further divided. Benedict XVI said in the future we will be a smaller and poorer Church. Think about it! The Church is not poor today. It still posses great material and spiritual reserves. However, it can become spiritually poor if it fails to enunciate clearly the teachings of its founder and elects to simply muddle trough without a firm destination in mind. That destination should be the salvation of as many souls as possible.

Our stand must be to enunciate not finesse the truth so as to try to please all the wrong people. Jesus said: "To this end was I born, and for this I came into the world, that I should bear witness unto the truth” (John 18:37). Our Holy Father and our Bishops must do it too.
anon-1