WHAT ABOUT THE CHURCH OF ENGLAND AND THE WORKINGS OF THE HOLY SPIRIT DURING THE YEARS OF SCHISM? 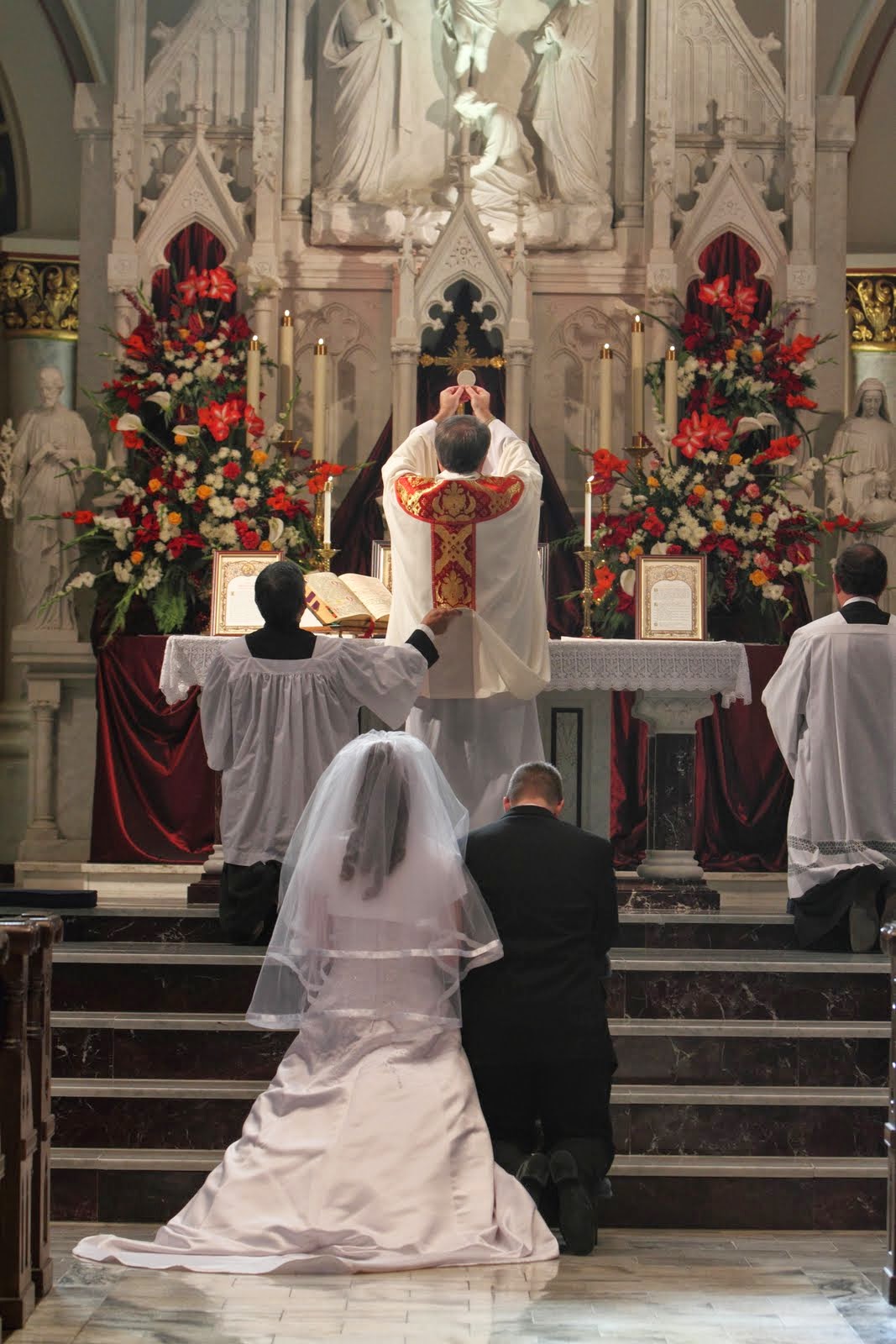 ... is a very fine writer with whom I nearly always agree. But it seems to me that he can be a trifle careless ... as, I am sure, I often am. Recently he wrote about how, since 1534, the Church of England has been Protestant.

Firstly: this appears to forget the Reign of Good Queen Mary. It would have been safer, surely, to write "Since 1559 ...". And the assertion that from 1534 until 1547 the Church of England was Protestant is only sustainable given a very narrow and unusual definition of what 'Protestant' means. Henry VIII was still, I believe, burning Protestants.

But more: did S Thomas More refuse the Sacraments before he died, on the grounds that he ought not to hold communicatio in sacris with heretical schismatics? (Roper tells us that it was his custom to go to Confession, to Mass, and to be houselled before major events; before, for example, his arrest.) If he didreceive the Sacraments before execution from a priest who had followed Henry Tudor into schism, doesn't that fact make S Thomas himself, according to a rigorist viewpoint, a schismatic? And that is a conclusion which the Roman Magisterium implicitly denied when he was canonised. And there is the question of the 1549 'Prayer Book' rebels, about whom I wrote this back in 2008, before we entered the

"We had a lovely fortnight in West Cornwall; and I was intrigued to see a monument on the outside wall of the RC church in St Ives commemorating those from the town who died in the genocidal massacres of the Tudor dictatorship after the rebellion of 1549; provoked by the parliamentary attempt to impose Protestant worship.

"I applaud such commemoration. Since History tends to be written by the Whiggish victors, events like 1549 are denied a place in the official memory. But the implication that these were RC martyrs seems to me to need explanation, at least on the part of those RCs who believe that you have to be in full visible canonical union with the See of Peter in order to count as a 'Catholic'. For those who died in the aftermath of the 1549 were not in that full communion. Indeed, in the Articles they produced they did not demand restitution of links with Rome; the rebels tended to emphasise - one can see why - that the statusquo bequeathed by Henry VIII upon his death should not be varied during the minority of his son. What they rebelled for and what they died for was the traditional worship of their Parish Churches."

I have written several times about the ambiguities which make it difficult to be rigidly black and white about relationships between Latins and Byzantines in the second millennium. Things were more fluid .... more, if you like, messy. And with regard to Anglicanism, I do not see (happily, looking at it now from a perspective within Full Communion) how the sort of rigidity which says "They were Protestant after 1534" either fits snugly and logically into all the historical facts, or serves to improve relationships.

I think this inspired policy on the part of a great pontiff deserves a generous hermeneutic.

The problem with a church born from expediency is that it will always respond expediently to external events and influences. So the Church of England has veered from being Protestant in some periods to Catholic in others, though often in ways that make it hard to apply labels vigorously. In the small Essex town where I grew up, the C of E church was in most ways evangelical Protestant in orientation. But the monthly Holy Communion services were conducted ad orientem, and the parishioners knelt at the altar rail to receive communion.

The C of E still describes itself as 'Catholic and Reformed', although these days doesn't seem very comfortable with the capitals.

In 1534 it was the bishops who followed the king into schism, with the sole exception of St John Fisher, who chose martyrdom. They probably believed that the schism would be short-lived; when it proved to be permanent and indeed was to usher in heresy, one ruefully remarked: 'Would that I had stood with my brother Fisher!'

The idea that Henry VIII was an orthodox Catholic needs some qualification. Both he and his French counterpart Francis I flirted with heretical ideas, and there were significant changes to ritual and custom during his reign. Henry put up with Cranmer, whom he well knew to be the greatest heretic in Kent; and even more significantly he entrusted the education of his son and heir to two extreme Protestants.

A bishop can be a schismatic, but it does not therefore follow that a priest under his authority is ipso facto a schismatic. A good parallel is with the French Revolution. All clergy were required to swear to the Civil Constitution of the Clergy. Those who did automatically put themselves into schism and so neither Louis XVI nor Marie Antoinette would accept the sacraments from any priest but a non-juring one - even when they were 'in articulo mortis'.


"But more:did S Thomas More refuse the Sacraments before he died, on the grounds that he ought not to hold communicatio in sacris with heretical schismatics? (Roper tells us that it was his custom to go to Confession, to Mass, and to be houselled before major events; before, for example, his arrest.) If he did receive the Sacraments before execution from a priest who had followed Henry Tudor into schism, doesn't that fact make S Thomas himself, according to a rigorist viewpoint, a schismatic? And that is a conclusion which the Roman Magisterium implicitly denied when he was canonised."

I trust that Thomas More made the correct decision. I'm with the Magisterium on this.

Sir Thomas More would not agree to submit to the King's law which required his subjects to submit to his authority in spiritual things.

Henry the VIII even went to Thomas More's wife, and persuaded her to go to her husband and to try and influence him to change his mind. He would not relent.

St. Thomas More’s last words before execution reflect his Christian view of authority. They are reported to have been: “I am the King’s good servant, but God’s first.”

This brings up a good question on the state of souls who seek the Catholic sacraments from a genuinely ordained priest who is in a state of schism or heresy but who agrees to hear one's confession. If he is validly and licitly ordained, are his absolutions valid if he no longer believes or stays in union with the Pope?

I think....yes. After all, the faith of the person who baptizes isn't as essential as the form used. Still, given the convoluted nature of history, and the experience of our fellow Catholics in China or elsewhere that the Church is in schism, we ought to know the basic rules of the road on this score.

If a priest is in schism or a heretic:
He may not exercise the Sacrament of Holy Orders.
Mass celebrated by a suspended and excommunicated priest is valid, but illicit. For him to knowingly celebrate Mass is a grave sin.
He cannot not give valid sacramental absolution.
He cannot validly officiate at a wedding.
He cannot celebrate the Sacrament of Confirmation.
He can confer Baptism and the Anointing of the Sick validly but not licitly.
Any Catholic who goes to a schismatic priest for the reception of the sacraments, except in the case of danger of death, commit a mortal sin.

Further to my earlier comment, and a further comment I made on Fr Hunwicke's blog, it needs to be remembered that for St Thomas More the King in Parliament (which governed the realm) had no jurisdiction over the law of God by which the Catholic Church and the Petrine Ministry derived their authority. So Henry VIII might claim to be Supreme Head of the English Church, and even get the bishops to swear an oath acknowledging his supremacy (most did this at the beginning of 1535 and only St John Fisher refused) but this claim was bogus. Neither king nor parliament had the competence to put the English Church into schism. For St Thomas the English Church remained part of Christendom under the pope.

Anglicans like to think that Henry established the Church of England since it allows them to argue that it is not in fact heretical, since the liturgy, Ordinal and sacramental system continued more or less intact until 1547. But Henry did not establish a separate Church (despite being personally both a schismatic and a heretic). What we know as the Church of England was a result of the Elizabethan settlement, and it was by law established as a Protestant entity.

It is still so established, and retains the cathedrals and parish churches which were built by Catholics and paid for by Catholics. In places like Australia and America all denominations are more or less equal. The perspective for English Catholics is very different. That is not to say that we don't find much to admire in traditional Anglicanism.

In the USA, a distinction is to be found among the elite. Most US presidents, for example, have been members of either the Episcopal or Presbyterian communities, which have their origins in England and Scotland, respectively. This is despite the fact that only a tiny percentage of Americans are affiliated with either community.

The official "house of prayer" of the USA, so designated by Congress, is the Episcopal cathedral in Washington, DC.

Why are we spending so much time discussing a denomination that was founded upon adultery, is fraught with neo-Platonic philosophy, and is the progenitor of Episcopalianism, which believes that any sex act between two consenting mammals (not to exclude inanimate objects) is acceptable, and whose main claim to fame in this country is that they can outdrink Lutherans, Scottish presbyterians, and Irish Catholics?