ARE YOU A CATHOLIC FUNDAMENTALIST AND PRE-VATICAN II? FOR SOME THESE TWO LABELS ARE THE WORST INSULT THAT CAN BE HURLED YOUR WAY!

In many quarters of the Church today and certainly in the mainline liberal, drive by media, to be labeled a fundamentalist Catholic, traditional and conservative is as bad as it once was to be called a "pre-Vatican II Catholic" by "post "spirit" of Vatican II" Catholics. It was a terrible insult! 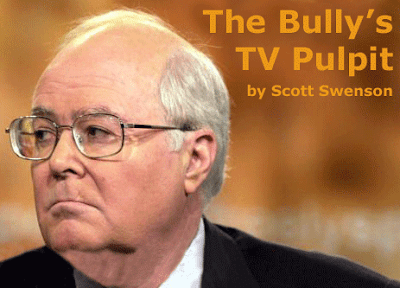 An excerpt by Bill Donahue: What accounts for the relentless attacks on the Church? Let’s face it: if its teachings were pro-abortion, pro-gay marriage and pro-women clergy, the dogs would have been called off years ago.

The British atheist Richard Dawkins is no fan of Catholicism. But he is honest enough to say that the Catholic Church “has been unfairly demonized over the issue, especially in Ireland and America.” Now if Dawkins gets it, why can’t others? 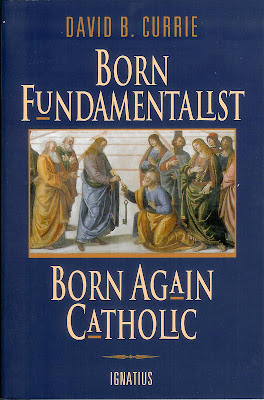 I saw this movie in 1971 with a girl friend. I was a senior in high school and 17 years old. What memories this trailer brings! Read on to see connections between this and the mentality of that age: Should the actress, Jennifer O'Neil be brought up on charges of sexual abuse today, some 40 years after making this movie and doing in this trailer alone what would get a priest today defrocked for having done 40 years ago?

Bill Donahue of the Catholic League has a way to instigate the adrenalin of social liberals who hate the Catholic Church, not so much because of the misguided management of priests who abused children and teenagers, although that might be laudable to some, but mostly because of the Church's teaching on sex: chastity before marriage for everyone even those not called to marriage, no same sex marriage, no artificial contraception,no abortion, no sex change operations, no divorce, so on and so forth. In the area of sex, the Catholic Church stands alone, except for Islam and the liberals are afraid to compare the Church to Islam, in upholding traditional sexual morality.

But let's face it, the pope, the Vatican, the bishops, the psychiatrists managed miscreant priests but they managed in a misguided way. The Church is not infallible when it comes to management or administration and makes no claims for such infallibility! Let us also face the fact that in the not to distant past, most families would not air their dirty laundry. They kept family secrets, well, secret. The Church which is an extended family did the same. This is a recipe for disaster, especially when airing dirty secrets becomes an obsession with the media hell bent on changing the Catholic Church's teachings on sex in every way possible or at least diminishing the authority of the Church in this area in the social arena.

But has the pendulum swung in the opposite direction. Is there an "Oprahfication" or "Jerry Springerization" of openness about one's scandals for entertainment purposes. Have you ever read the lurid details in newspaper article about the abuse heaped upon a victim by a priest, details that are seldom if ever mentioned in any other type of sex crime newspaper article?

There is an editorial in yesterday's Boston Glob, I mean, Globe, by a Catholic who simply wrings his hands over poor old, nasty Bill Donahue of the Catholic League and Donahue's insistence that the Catholic abuse scandal is not about pedophilia (abuse of small-prepubescent children), but about homosexual priests who preyed on adolescent boys, boys who have bodies that look like adults, but the mentality of a "dumb blond." In other words, in Donahue's book it's about homosexual lust, the lack of impulse control by these homosexual priests and the abuse of a "God-like" authority these priests had over their victims (which in fact is the darkest aspect of sexual abuse by clergy).

Yet, when a teacher in a public school happens to be a female teacher, who is quite beautiful and gets impregnated by her 6th grade student who happens to have already gone through puberty, she is treated as a celebrity by the media. Other female perpetrators who abuse their authority as teachers are treated the same.

Does anyone remember the movie "Summer of '42"? I saw it as a teenager and I thought it portrayed teenage boys experiencing every teenage boy who is a heterosexual, fantasy about having sex with an older, beautiful woman. It was portrayed as a "rite of passage" and delightful entertainment on the big screen: a woman who we would classify today but not in the 1970's as a predator of teenage boys for sex. If you saw the movie back in the 1970's, did you think she was a predator and the boys victims?

Shall we put the Hollywood producers on trial for glamorizing sexual abuse of teenage boys by an older woman? Keep in mind that movie was released in the early 1970's when evidently homosexual priests where wreaking havoc upon teenage boys in unprecedented numbers and only given a "wink and a nod" by those who might have suspected it. Today, no one wants to put a movie producer on trial for promoting the glamorization of an older woman having sex with teenage boys, but they sure do want to put the Church on trial as well as bishops and priests of this very same period for not thinking that this type of sexual abuse was worthy of a great deal of attention apart from a slap on the wrist.

I agree that sexual abuse is abuse, but the problem in the Catholic Church is about homosexual priests abusing their position as priests and taking advantage in a sexual way, either through inappropriate touch or more invasively of teenage boys. If these priests had been good looking female priestesses, they might have been treated as celebrities by today's media and the boys like the lucky "ducks" of the movie "Summer of '42".

But the bottom line is that the Boston Blob article thinks that Catholics who are fundamentalists and pre-Vatican II when it comes to sex are Neanderthals.

YOU CAN READ THE BOSTON GLOBE'S ARTICLE BY PRESSING THIS.

"Summer of '42"...We should have had such predators when I was in school...oops!...Fr., I can only tell you my feelings about this movie in the Confessional!! LOL!

I shudder to think of what I am like in this regard. constant vigilance!!!

Anyway. Donahue is wrong. If it would eb possible for the Church to be pro-abortion, gay rights, etc, etc and still be the Church The Opponent would simply find another reason to instigate attacks. When someone likes you, you can do no wrong; when someone hates you, you can do nothing right. We have to accept that and say it out loud for the pitiful rabble that is being stampeded into hate.

Well, might as well spoil the fantasy...if I remember correctly, she had received word that her husband had been killed in the war..thus, she was sexualizing her depression. This is an all too common dynamic in our culture and probably accounts for a high percentage of infidelity, promiscuity, divorce, and inappropriate social behavior.

I would consider myself a fundamentalist and/or traditional Catholic, but I would never define myself as Pre-Vatican II since to do so would imply I think V2 changed something about the Church. I maintain that V2 changed nothing beyond the minds of Prot wannabes who needed little excuse to try and change the Church anyway. I would have rather seen them all stomp off into Prot denomination number 30127 and leave us in peace rather than stay and try and subvert us from within. Thank Almighty God, The Blessed Virgin, The Holy Spirit and the Archangel Michael for The Remnant who remained faithful. The seed corn of Catholic Restoration flowering today.

Templar, your math is bad regarding Prot denominations. You need some more zeros.

I confess that is a nonfactual number :)

Heck, Father! When I saw it I was just out of high school ... and wish THAT had happened to ME. All my friends, too! Way hot!

"Bless me Father for I have sinned..."

GHP, Your post reminds me of a sermon by some backwoods preacher I heard on the radio while driving through Tennessee last year:

"That's right, I hear you fellows saying, "Oh, that Brittany Spears is hot; that Lindsay Lohan is hot! Oh, yeah, praise God...Boys, let me tell you what else is hot...Hell!" Not exactly Homiletics 101, but gets right to the point.LOL!

You know, this was about the same time that Hollywood began portraying criminals as heroes. Remember Bonnie and Clyde...I was so mad the first time I saw that movie...take one of the most handsome actors and beautiful women, cast them as cold blooded killers, and present the whole thing in a sympathetic light, all to a rollicking blue grass score.
Then we had, The Getaway, The Thomas Crown Affair, Butch Cassidy and the Sundance Kid, and any number of others. All the while, movies about promiscuous relationships, sexual escapades, and smutty comedy became bolder and more accepted. Hell, yes, I watched them, too, and enjoyed them. But, when you step back and take a look at where we have come, well,God forgive us all...

Actually Dawkins did not express the sentiment you attributed to him nor did he ever make that absolute statement you use.

His specific words about the matter were as follows:

"In July 2000 the News of the World, widely acclaimed in the face of stiff competition as Britain's most disgusting newspaper, organized a 'name and shame' campaign, barely stopping short of inciting vigilantes to take direct violent action against pedophiles. ... The Roman Catholic Church has borne a heavy share of such retrospective opprobrium. For all sorts of reasons I dislike the Roman Catholic Church. But I dislike unfairness even more, and I can't help wondering whether this one institution has been unfairly demonized over the issue, especially in Ireland and America.
Richard Dawkins
The God Delusion (Houghton Mifflin Harcourt, 2006)
p. 354-55

Note bene, not that the Church "has been" as fact, but rather he "can't help but wonder whether" as a statement of his emotional state, quite leaving open the question of whether it had or not.