THIS MAKES SENSE TO ME, BUT HOW ABOUT YOU?

Sandro Magister, that solid Vaticanista, has called Archbishop Vigano on the carpet forcing the good Archbishop to clarify what many felt was a schismatic attitude toward Vatican II and the current pope.

This is a later reflection that Magister offers from someone who agrees with a more nuanced approach to Vatican II and its proper implementation. This is a google translation of  Italian and thus may sound like how I write in English: 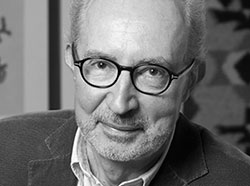 (s.m.) According to the messages sent to Settimo Cielo after the previous post, the confrontation between Archbishop Carlo Maria Viganò and Cardinal Walter Brandmüller regarding the interpretation of Vatican Council II was resolved with the overwhelming victory of the cardinal. Only one, among the numerous writers, took the defense of Viganò.

But the following letter is also interesting for the reflections with which it develops the appreciation for Brandmüller. The author, Francesco Arzillo, is a magistrate from Rome who is appreciated author of essays on philosophy and theology.

there would be little to add to the truly masterful lesson of Cardinal Walter Brandmüller, who applies the hermeneutics of continuity in a not only historiographic but also theological key.

I would just like to insist that this hermeneutics should not be understood as a sort of academic fixation of the theologian pope Josef Ratzinger, good for writing books and giving lectures more or less learned on ecclesiastical history or theology.

It does nothing but make explicit - in a conceptually profound way - what is the only Catholic way of reading the texts of the Church's two-thousand-year magisterium. The Spirit, who guides the shepherds, who is the Spirit of Jesus Christ Logos and Truth, guides us towards an ever fuller understanding of it, not towards a contradiction.

However, one must know how to distinguish what is true contradiction and what is not. It is certainly not the change in the forms of the Roman rite, which retains its essential characteristics, which allowed Benedict XVI to identify two forms of the same rite.

Neither is the doctrine of the conciliar documents "Nostra aetate" and "Unitatis redintegratio", read in the light of subsequent encyclicals, but also read in itself, paying attention to the fact that every word is weighed there and that there is no word. syncretism.

Nor are those doctrines and practices that surpass - perhaps only partially - some pre-conciliar doctrine not endowed with a "de fide" or non-irreformable theological note. It is enough to open Ludwig Ott's classic manual of dogmatic theology to realize how many they are also for traditional theology, which has always been very careful to distinguish and classify. In my opinion, this is an attention that is not found in Romano Amerio or in the French traditionalism, which at times seems to treat texts with a Cartesian rather than Thomistic logical mentality. And of course the great theologians of Vatican II knew all this well.

The main moments of dogmatic and doctrinal continuity are found, in the final analysis, in Paul VI's "Creed of the People of God" and in the Catechism of the Catholic Church. Anyone who believes that there are heresies should bear the burden of proof of such a demanding statement.

In my opinion, this also applies to the teaching of Pope Francis, who in his doctrinal documents always starts from the citation of the sources. Moreover, not a few acts of Francis find punctual hooks in previous popes. For one, to appoint St. Francis patron of ecology enthusiasts was John Paul II in 1979 with the apostolic letter "Inter sanctos". It is not new today, even if the "Laudato si '" has rightly provided the Franciscans the stimulus to deepen these aspects.

All the rest, if allowed, seems to me relevant from a historical, political, sociological point of view, since it is evident that the formation of intra-ecclesial parties - in the wake of modern politics - has its own weight. But this should not be an obstacle for a peaceful doctrinal consideration.

In this perspective, criticism of some worrying positions in some sector of the episcopate would also be strengthened, because it would not arise from an inadmissible refusal of the Council, but from the need for its legitimate implementation.

Without forgetting, then, that in the background the prospect of the convocation of a new assembly cannot be excluded: the first Council of the third millennium.

Several things strike me from that letter. First is that Pope Francis seems predisposed to a sort of hands off teaching style that rarely reengages the students after he starts the argument. In his mode of making messes it is not clear to me that he is interested in the betterment of the student Morally as long as the student is questioning beliefs. I hope that he believes that if the student tears his concepts apart the student will reassemble them in the only correct way and grow closer the God.

The second item was in the third from last paragraph that allows that heresies and scandal can remain present for peaceful dialogue. This grows from my first point. Why should we retain a point either proven false or that does not concede the same peace for us? In fact, allowing subversive ideas to remain is their victory.

If I have identified the correct Francesco Arzillo, he is described as an "Expert in Philosophy of Law."

Understanding Vatican II in the context of centuries of Church teaching and Tradition is admittedly tough. When a person refers to one document, Mortalium Animos for example, that deals with religious unity, and that document alone, it is easy for that person to arrive at false conclusions about 1. what the Church teaches, and 2. the continuity of Vatican II with the on-going Tradition of the Church's teaching.

I appreciate Arzillo's reference to "the great theologians of Vatican II." One of those theologians was Msgr. Carroll Satterfield, a priest of the Archdiocese of Baltimore, who was also my teacher at Mt. St. Mary's Seminary for many of my systematic theology courses. He wrote the books we used. He served as a theological adviser to Cardinal Shehan of Balto.

These Vatican Two figures - bishops and their theological advisors - were not out to destroy the Church, to make it an arm of Freemasonry, to open the doors to secular humanism or any other "-ism" that would harm the Church. They were men, with a handful of women on the sidelines mostly, who loved the Church and wanted to advance the Church's mission, that is, building up the kingdom of God.

(John ALlen relates a great story about Loretto Sr. Mary Luke Tobin who was one of the "auditors." "Officially speaking, the auditors had no role in the council’s deliberations, and in fact the female delegates were supposedly there only to track issues of “special concern to women.” In reality, Orsuto said, they found creative ways to make themselves heard. (She [Donna Orsuto, professor at the Gregorian University in Rome] cited Tobin’s reaction when told that her pass would get her into sessions of “particular concern” for women: “Good,” Orsuto quoted her as saying, “that means I can attend them all.”)

Anyone that attacks Vatican II must be destroyed. Satan hates the Truth and so do many of our so-called shepherds.

Father Kavanaugh writes: "These Vatican Two figures - bishops and their theological advisors - were not out to destroy the Church, to make it an arm of Freemasonry, to open the doors to secular humanism or any other '-ism' that would harm the Church. They were men, with a handful of women on the sidelines mostly, who loved the Church and wanted to advance the Church's mission, that is, building up the kingdom of God."

That may well be so, but I am not easily convinced that such was the case across the boards. We now know all too well about the discarded schematas of Pope Roncalli, of the commandeering of the microphone, of Cardinal Suenens celebrating the "1789 (French Revolution) of the Church" and others who rejoiced at the prospect of ending the Roman Rite once and for all." There were bad players in Vatican II and one must be blind or willfully ignorant to deny their influence.

Vigano is doing a tremendous service to the Church by forcing us to look at this nonbinding "pastoral" council for what it truly was. As he notes, he will be looked upon as taking the "ontologically inferior" position and marginalized by the status quo, but at some point, we have to look at Vatican II juxtaposed against Mortalium Animos, Quo Primum, Pascendi and the rest of the deposit of faith and have the courage to admit, albeit decades too late: THE EMPEROR HAS NO CLOTHES.

Novusordochurch is unsustainable. We can dance around it all we like, but it is crumbling before our eyes.

Father McDonald, I see that one of your written articles made it to National Catholic
Register's "Best of Catholic Blogging"

Fr. Kavanaugh said, "These Vatican Two figures - bishops and their theological advisors - were not out to destroy the Church, to make it an arm of Freemasonry, to open the doors to secular humanism or any other "-ism" that would harm the Church."

If they were not out to destroy it, they nonetheless did a great job in doing so. It takes a truly disingenuous person to claim the Church has greater outreach or is as strong as it was before the Council.

Does this sound like the handiwork of the Dem's Stormtroopers? Any of this happening in Chicago yet?

A statue of the Virgin Mary in front of a Catholic high school in Elmhurst has been vandalized and the NYPD is investigating the incident as a possible hate crime.

The word “IDOL” was spray painted down the front of the statue at Cathedral Prep School and Seminary, located at 56-25 92nd St.

They opened the gates in the name of ecumenism.

Ya, that worked well.

I don't understand this "potential" hate crime. I personally know the rector of Cathedral Prep, Father James Kuroly. He is a holy priest. He made it clear this IS a hate crime. The statue of the Virgin Mary that was desecrated has been with Cathedral Prep for 100 years. Father is heart broken, but focusing with gratitude on the support he has received from the community. Everyone is praying they identify and arrest the perp soon.

My father used to say (incorrectly on purpose), "The road to hell is paved with people with good intentions!"

As to whether there have been desecrations of religious statues in Chicagoland, I have not seen any reports of that, but that may not be an indication they aren't happening. You just don't know what the media suppresses anymore, or what things of interest or concern you never hear about.

Just as an update, I saw the rector Father Kuroly yesterday evening at mass. The Statue has been restored perfectly thanks be to God!