MOST PRIESTS MY AGE AND OLDER ACCEPTED THE FIRST DESCRIPTION OF THE MASS IN THE NEW ROMAN MISSAL OF 1970 AND IT CONTINUED TO BE TAUGHT IN SEMINARIES DESPITE THE FACT THE MORE ORTHODOX TRUTH HAD BEEN INSERTED IN A LATER EDITION OF THE 1970 MISSAL!

John Nolan makes a good comment about the Liturgy and how those who cobbled together or fabricated the new Mass tried to hijack what Vatican II actually taught and to give their own skewed twist on that teaching. They did not succeed with later editions of the 1970 Roman Missal, although they did succeed with academic liturgical theologians of that period and still with some today! 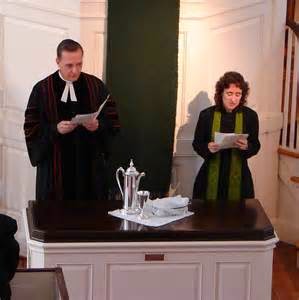 [southern orders ] New comment on FAITHFUL CATHOLICS ACCEPT THE MAGISTERIUM OF THE CHURCH....

'The Lord's Supper or Mass is a sacred meeting or assembly of the People of God, met together under the presidency of the priest, to celebrate the memorial of the Lord'

Luther? Zwingli? Cranmer? No, it is the definition of the Mass in the first Institutio Generalis for the Novus Ordo Missae of 1969.

The following year, following the now famous 'Ottaviani intervention' this had been dropped and we now had 'The sacrificial nature of the Mass, solemnly asserted by the Council of Trent in accordance with the Church's universal tradition, was reaffirmed by the Second Vatican Council, which offered these significant words about the Mass:

"At the Last Supper our Saviour instituted the Eucharistic sacrifice of his Body and Blood, by which he would perpetuate the Sacrifice of the Cross throughout the centuries until he should come again, thus entrusting to the Church, his beloved Bride, the memorial of his death and resurrection."'

Textual problems remained, but Ottaviani declared himself satisfied. What would have happened if the Novus Ordo had been promulgated with the original preamble? How many priests would have found themselves unable in conscience to use the new Missal? How many of the faithful (who reluctantly accepted the changes because they were told that the Mass itself had not been changed) would have continued to attend?

The major problem with the post Vatican II church is that heresy and disobedience is tolerated. It's insanity. I cannot keep my job if I don't follow the instructions of my boss. But in the Catholic Church of 2015 we have a German Cardinal stating that the Catholic Church in Germany is not subject to the Holy See. And what is being done about that? Nothing. Yet Cardinal Burke upholds the 2000 year INFALLIBLE, DE FIDE teaching of the Church on marriage and he is mocked, and pushed to the back. What is going on in Rome is evil and insane.

I think you are exactly right. This is why such intense divisions emerge among priests today. Even within the same diocese, it can seem as if the priests belong to two distinct religions: one described in the totality of Vatican II texts, the other essentially Modernists, but both claiming adherence to the council. As a result, the process of dialogue produces no fruit among priests divided in such fundamental ways.

But the wounded heart of all of this division is in the Sacred Liturgy, most easily diagnosed in the diverging theologies found in those two editions of the reformed missal.

The other aspect of John's comment is the shift in the theology and/or doctrine of the priesthood implied by the erroneous first description of the Mass. There is a chasm between priests my age and older and the younger types according to this as well.

There is even a different theology of the priesthood amongst religious orders compared to Diocesan priests and thus we may be seeing this with Pope Francis a Jesuit.

Yet you "lament" the divisions....

Imbeciles? I don't recall using that term for you PI, Former, maybe i thought it but never called you that or any particular person, maybe imbecilic? You'll have to show me where. That description can be true, it isn't necessarily a four letter word, but a perfectly good English word the last time I checked.

The Jesuits are a whole other thing entirely.

It's probably best for priests to assume each other's good intentions and leave out confrontational language. Bishops rightly exercise judicial authority, so they alone should judge theologically wayward priests.

That picture looks like some kind of Huguenot service.

You haven't heard much from me lately because I am in the middle of reading the late great Michael Davies' book entitled "Pope Paul's New Mass." The book was written back in 1980 but covers this and many other issues in great detail about the formulation of the Novus Ordo Missae.

It is quite evident to me that the new Mass was not what was called for in SC and that it was a deliberate effort to make the Mass more ecumenical and less explicitly Catholic. It is still a valid and legitimate Catholic liturgy but, as I read this well-documented book, I grow more and more jaded about what happened to our liturgy after the Council.

Thank you, Fr AJM. The point I was trying to make was that texts are open to different interpretations (although the texts of the classic Roman Rite leave little wriggle-room).

It is entirely possible for a committed Protestant presbyter to celebrate a 'Eucharist' according to the Novus Ordo using EP II or even EP IV without compromising his beliefs. EP III would be more problematical, and EP I (the Roman Canon) out of the question.

Moreover, he could argue that the theological interpretation of the Eucharist as set forth in the original preamble was completely consonant with the Protestant view.

Had not senior prelates like Ottaviani and Bacci stood up, Paul VI would have promulgated a rite which was in intention and not just in form an heretical one. And there would not have been one Archbishop Lefebvre, there would have been several.

I wonder where one can acquire those little neck bands, that I might start wearing them.

But then, nothing beats the neck-wear of Church of Denmark clergy.

Linen preaching bands are available from Almy. $57.00 for a set of three.

I'm not sure whether a Protestant would be willing to use Eucharistic Prayer IV...I don't like it, really, and would much prefer we just go back to the Roman Canon (at least for every Sunday—every Mass would work, too), but statements like the following from EP IV would probably put Protestants off:

"...and as we await his coming in glory, we offer you his Body and Blood, the sacrifice acceptable to you which brings salvation to the whole world."

"Look, O Lord, upon the Sacrifice which you yourself have provided for your Church, and grant in your loving kindness to all who partake of this one Bread and one Chalice that, gathered into one body by the Holy Spirit, they may truly become a living sacrifice in Christ to the praise of your glory."

"Therefore, Lord, remember now all for whom we offer this sacrifice: especially your servant, N. our Pope, N. our Bishop, and the whole Order of Bishops, all the clergy, those who take part in this offering, those gathered here before you, your entire people, and all who seek you with a sincere heart."

Personally, I actually like EP IV better than III. But again, I would prefer we just go back to the Canon of our rite.

It's possible that some Ptotestants could accept EP IV., if you remove the reference to the Holy Father. Anglicans and Episcopalians believe in consubstantiation. Lutherans have a similar theology which they term sacramental union. I'm thinking some Methodists could accept it.
Of course we as Catholics know that for these groups, since they have no valid orders, no change occurs in the bread and wine during their services.
Perhaps someone more familiar with these ecclesial communities could comment.

George, there are very few protestant denominations that can even be taken seriously anymore. Your question is meaningless. Methodists will accept anything…just throw it on the wall and it will stick.

Traditional 'Prayer Book' Anglicans take the Eucharist very seriously, communicating only once a month and preparing themselves spiritually beforehand. They don't like the modern practice of celebrating HC twice on a Sunday (at the expense of Morning Prayer) and deplore the fact that the sacrament is offered to all and sundry, even to members of the Salvation Army who may indeed not be baptized.

After the Elizabethan settlement had established a Protestant Church of England with a new bench of bishops the 'old religion' was not seen as too much of a threat. Elizabeth herself, like her contemporary Catherine de Medici, was a 'politique'; attempts to portray them as religious fanatics are wide of the mark. Most people continued attending their now stripped-down parish church and became accustomed to the new liturgy. There were out-and-out recusants who were usually rich enough to pay the (initially modest) fines; Shakespeare's father was one. There was a larger number of 'church papists' who outwardly conformed but heard Mass clandestinely when they could.

But the authorities knew that the 'massing priests' left over from Mary's reign would eventually die, and the Mass would die with them. The arrival of the missionary priests, which coincided with a worsening situation at home and abroad, altered the equation and persecution of Catholics began in earnest.

There are some interesting parallels here with the situation regarding Catholic liturgy since the Council, but I will leave readers to identify them.

Paul VI was acting (just) within the limits of his authority when he ordered exclusive use of his new Missal. This was itself an unprecedented example of imposed liturgical uniformity with the added irony that the product being imposed in such an authoritarian way was not in itself uniform - in practice far from it. Bugnini wanted the old Rite formally suppressed, but was turned down flat. In the previous century Newman had observed that the Church never acts to suppress orthodox rites.

The vast majority of those who attend the old Rite or indeed the new Rite in its sung Latin form, and go out of their way to do so, have had ample experience of the Novus Ordo as it is normally performed. What makes them avoid it? One objection, the dumbed-down and inaccurate translation, has been largely assuaged. There remains:
1. Its air of studied informality. Is the priest addressing God or the assembly? It's often not easy to distinguish.
2. Its unpredictability. You're never sure what's going to happen next as every priest seems to have his own 'take' on it. The number of options and lack of precise rubrics exacerbate this tendency.
3. A lack of attention to detail.
4. The music. Most of it is dire, and usually inappropriate. This is NOT a matter of personal preference. GIRM 41 does not say 'Gregorian chant holds first place because it is proper to the Roman Liturgy, unless of course you don't happen to like it, in which case Marty Haugen will do just as well.'
5. The lack of 'filled' silence, and the fact that everything is linear, and only one thing happens at a time. In many parishes the priest will not begin the Offertory until a hymn has been sung and the collection has been taken.
6. The involvement of lay people in a myriad of 'liturgical' roles which aren't necessary. Along with this goes an overemphasis on the community aspect. The other day I saw a school textbook on the Mass (with accompanying video) for 10 to 11-year-olds which devoted a whole lesson to the 'sign of peace' and totally ignored the Fraction.
7. The almost total lack of what might be called 'transcendental impact'. There is little sense of the numinous and little in the way of non-verbal communication.