OUR PARISH STAFF PROTESTED INTOLERANT LIBERALS IN THE NORTHEAST, MID WEST AND WEST AND ATE OUR FILL OF CHICK-FIL-A TODAY! IT WAS GOOD! 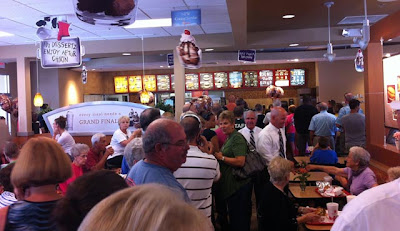 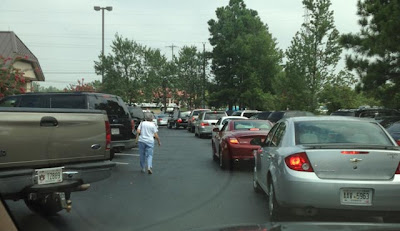 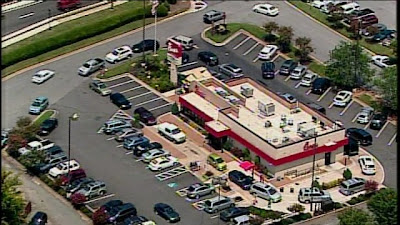 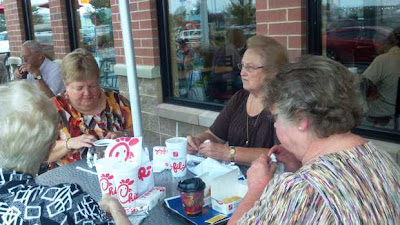 I heard somewhere that the ACLU is supporting Chick-fil-A's right to expand its business to such horrid god-forsaken places as Boston and Chicago, places where liberal America is forfeiting its right to free speech and tolerance and paying homage, worship and praise to so-called progressive political governments and its dictatorial fiats.

But not so in the south where Chick-Fil-A was born. Today we honor its CEO who is publicly professing his Christian faith, and stating his beliefs about natural law and the divinely revealed nature of marriage as between one man and one women.

We had our Chick-Fil-A today for lunch and our DRE who picked it up said that the place was packed and cars circled the lot for the pick up window.

The same is true in other Georgia communities which you can read by pressing the following links:

THE MACON TELEGRAPH (WARNER ROBINS HAS A AIR FORCE BASE, BIGGEST EMPLOYER IN GEORGIA AND IS IN THE COUNTY BELOW MACON AND IS CALLED HOUSTON COUNTY BUT NOT LIKE IN TEXAS BUT LIKE THE HOUSE YOU LIVE IN.

THE AUGUSTA CHRONICLE
And from Providence, Rhode Island, you have this meme. Is it any wonder the Catholic Church is dying on the vine up there?

In Virginia Beach, all of the Chick-Fil-A's were swamped too...lines for the drive-thrus were overflowing onto the main roads!

I having some C-F-A for dinner tonight! I can't decide which I prefer more: delicious chicken sandwiches or protesting intolerant liberals. Today, I don't have to choose between the two.

I just got back from the CFA on 96 and Houston Lake Road. It is packed! It took me 40 minutes to go through the drive-thru, which they divided into two lanes. It was wonderful to see so many people come out in support of true marriage!

And Rhode Island has more Catholics, per capita, than any other state, so I understand.

I've long been a fan of Chik-Fil-A because they have truly streamlined the efficiency of their operations, say "My Pleasure" 100% of the time, are closed on Sunday's, support their communties, and now is it public knowledge that they support traditional marriage. So they get my business and I'll continue to give their gift-cards to my customers.

Businesses I boycott because they publicly support same-sex 'marriage':
Starbucks, Home Depot, Target (they even now have a gay bridal registry), and General Mills foods.

Plus, there are gajillion businesses and organizations that are pro-abortion and pro-Planned Parenthood that I feel morally obligated to boycott.

While I respect everyone's right to speak their opinion, I do kinda wish such businesses that are poised to be a part of everyday life would focus on just their business...it is frankly quite tiring to have to screen businesses so much...

Sadly, our Chick-Fil-A ran out of food, so I couldn't have any!