IS THIS A BOMBSHELL FOR RELIGIOUS FREEDOM CONCERNING THE CATHOLIC CHURCH AND OBAMACARE?

A win for religious liberty on the Eve of Independence Day or a hoax? You tell me! (Update, evidently it is true and that there was a follow-up Supreme Court decision on last night July 3rd as I have another story on it which you can read HERE! Again, I ask is this a bombshell of good news for the Catholic Church? 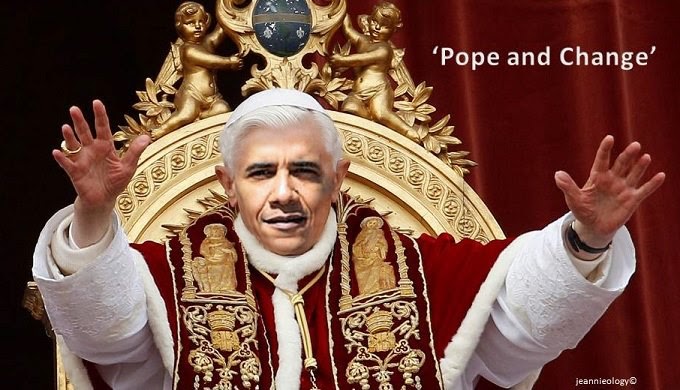 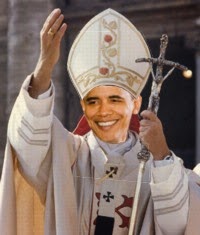 I just read this off of my Yahoo search engine and it is from "The Week" which I think is legitimate. If I am reading this correctly, it seems to me that the Catholic Church in the USA has won the battle of not having to provide any artificial birth control or abortifacients to those who work for our institutions. Am I interpreting this in a wrong way?

Didn't like the Hobby Lobby decision? You're going to hate the Supreme Court's follow-up.(My comment: I didn't know there was a follow-up, did you?)


The Supreme Court on Thursday evening (???I thought Monday was the last session of the Supreme Court for the summer! Are they still issuing rulings on Thursday night the eve of Independence Day or is this a news hoax???) unveiled its latest ruling around birth control and religious freedom — and if you disliked the Hobby Lobby decision earlier this week, you're going to hate this one.

The latest ruling allows Wheaton College to skirt ObamaCare's contraceptive provisions as long as the evangelical school informs the government of its religious objections to providing its staff and students with any type of birth control. Previously, the government required a non-profit with religious objections to sign a form handing over responsibility of providing contraceptive coverage to its insurer or health care plan administrator — now, presumably, the government would handle the hand off. (My comment: Doesn't this automatically have implications for the Catholic Church? Why isn't this big news--of course it was just last night, unless this report is a hoax!)

Saying the decision "undermines confidence in this institution," Justice Sotomayor wrote a scathing dissent, accusing the court of backtracking key elements of its Hobby Lobby decision. "Those who are bound by our decisions usually believe they can take us at our word," Sotomayor wrote. "Not so today."

She said the ruling set up unworkable regulations that risked "depriving hundreds of Wheaton's employees and students of their legal entitlement to contraceptive coverage" and allowed "hundreds or thousands of other objectors" a similar way out.

She was joined in her dissent by the court's two other female justices. In fact, the decision broke down completely across gender lines — the court's male justices comprised the majority opinion — suggesting that the court's battle over religious freedom and reproductive rights is only going to get more contentious.
- - Nico Lauricella

Father, this was an application for an injunction which was granted. While Supreme Court decisions are done for the term (October-June), the Court is still available for injunctions. That's how the Little Sisters of the Poor got a reprieve, without actually having the Court case yet, which should be next year.

This is a limited injunction, so it does not have the force of law and only applies to Wheaton College, but it could be a sign for how the Court will rule next year.

The battle is never over…evil is relentless in this world and the enemies of the Church will never give up. The Japanese have a saying, "After you win a great victory, tighten your helmet straps."

"…his craft and power are great,
and armed with cruel hate,
on earth is not his equal."

I couldn't agree more. I have always believed that the winning army in any battle is the one that grits its teeth and always acts like it is losing, and when it wins each battle, never stops to think about it, just keeps pressing on.

Thanks for the final quote from one of my favorite hymns.

It is too bad that the association with Luther causes so many Catholics to avoid singing it as if it were from the Shriner's songbook.

I mean...it is one of the clearest and most understandable explanations of the very nature of the battle the enemy wages against us, and how we must respond.

Perhaps it will become the recessional hymn at the Pontifical Mass establishing the "Lutheran Ordinariate" sometime after 2017 or so! ;-)

Sotomayor is parroting the current inversion of logic being expressed without embarrassment by the pro-abortion lobby in the USA: that the employer is inserting itself into the patient-doctor privity because they do not want to pay for certain procedures. There is, of course, no such situation. The correct decision is that a third party cannot be forced to pay for a specific procedure. There is no injunction whatsoever against an employee of Wheaton College from having an abortion they just can't use armed force to make Wheaton pay for it.

There is only one place that is where there exists only good and that is the Eternal Heaven. So in our existence, evil exists. Actions have consequences. We cannot effect the Power of God or the power of Satan. Satan and his minions are the God-allowed agents executing the consequences of our sinful actions. What we do can affect how much interposition the Evil One and his underlings exercise in our existence. God, who could easily dispose of the demons, respects our free will and will not impose Himself on us when we go against His Holy precepts. Many today, because of the abuse of the freedom God has given them, become co-operators with Satan and his evil works. We must, on the other hand, co-operate with God's grace, and we must then petition Him through our prayers and good works, and this can be done most effectively through the aid of the Holy agents He provides us in this regard and that is His Holy Mother, the Holy Angels and the saints. It is well to keep in mind also that God allows certain things to befall even the good to atone and for and make up for what is lacking in the Mystical Body due the the sinfulness and bad action of some of its members.

One other thing the Court is doing is demonstrating how incredibly complex and convoluted the Affordable Care act is. It is a giraffe with six heads, twelve feet, three tails, and four eyes, being not only designed by a committee but corrupted by moneyed interests grubbing around the drawing board (what isn’t?).

How does the expression go (although its derivation is uncertain)?: “Americans can always be counted on to do the right thing – after they have exhausted all other possibilities.” Let’s hope so.