DEMYSTIFYING THE [HYPERBOLE/BAZINGA OF THE] POPE FRANCIS ENIGMA

This is a good article that is well worth the read for those who are enigmatized by the current Holy Father who loves hyperbole but never says bazinga when His Holiness should! 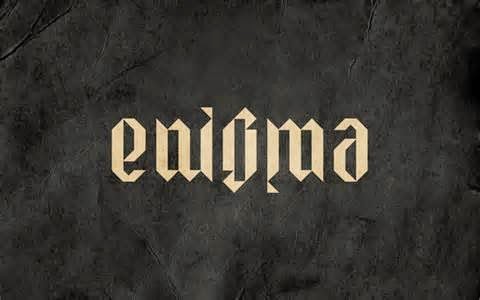 (Msgr. Hans Feichtinger is a priest of the Diocese of Passau, Germany. He holds an STD from the Augustinianum in Rome and an MA in Classics from Dalhousie University, and was an official at the Congregation for the Doctrine of the Faith from 2004-2012. He is now working on a doctorate in philosophy while administering a parish in Ottawa, Canada.)


Every modern pope has had his own style. Paul VI was personally like a global student chaplain, intellectually sensitive and pained by the fact that so many were falling away from the Church. John Paul II was the international pastor, constantly on the move, proclaiming the truths of the faith and exhorting us to heroic virtues. Benedict XVI was the universal professor, who carefully thought about the most pressing intellectual issues facing the world today. Pope Francis? In true Jesuit fashion, he may be best characterized as the world’s spiritual director.

Consider the talk Francis gave to the cardinals and the staff of his curia with the long list of spiritual maladies that he wants them to address (December 22, 2014). Or look at some buzz lines from recent homilies at Santa Marta: the Church is a mother, not an entrepreneur; rigidity is the sign of a weak heart; theology is done on your knees; keep the temple clean—and do not scandalize the faithful by posting liturgical price lists; do not be afraid of surprises and of conversion. Think about how the pope repeatedly has likened modern forms of Christianity to ancient heresies. His homilies are like wake-up calls, at times hyperbolic, often provocative, reminders about the basic message of the gospel. Not to mention the pope’s unprotected speech in interviews, both in the air and on the ground. This is how the pope preaches his theology and spirituality.

Many of Francis’ pronouncements do not have the binding authority of obligatory teaching; i.e., they are not “magisterium” in the proper sense of the term—people are free to listen and pay attention or not, free to let themselves be challenged, motivated, or convinced. The Holy Father’s language touches the hearts of many, perhaps more than their minds—and presumably this is precisely the pope’s intention. He does not offer refined analysis, carefully weighing all aspects in order to arrive at affirmations that are beyond criticism. What he wants to do is surprise, challenge, provoke, or reassure, console, and support.

To appreciate the words of Pope Francis, it helps to remember the essential distinction between doctrine and theology. No theology can claim for itself the authority of the magisterium. Conversely, the magisterium cannot act as a substitute for theology. The distinction between doctrine and theology, however, is not clear to many who represent the pope’s pronouncements to the public. This is a problem, whether we and the pope like it or not, mostly because we are not used to making this distinction when reading papal pronouncements.

John Paul II and Benedict XVI worked hard composing the Catechism of the Catholic Church. Now Francis tells us: the Catechism is not enough. This is certainly true, but people make it sound as if he intends to abolish the Catechism altogether. All Christians, and the Church as a whole, are called to proclaim the faith truthfully and to live it authentically. We all know that there is never a perfect harmony between the precepts of the faith and how the Church and its members act; the solution to this problem is not to formulate a compromise—repentance and true reform has the aim of bringing our practice closer to the demands of the faith. This is where Francis puts his focus.

All popes need to be allowed the space to exercise their ministry as they see fit. But even more importantly, Catholics need to appreciate the enduring and radical difference between Christ and his deputy: The pope is here in order to ensure that no one and nothing else takes the place of Christ until the Lord himself returns. The pope, more than anyone else, is bound by the example of Christ, and needs to rely on his special assistance (what we call “grace of state”); he is the first of “all those who, holding to the truth, hand on the catholic and apostolic faith” (Missal, Roman Canon).

At the same time, the pope represents the Church before the world and before God. Pope Francis does not seem inclined to cover up disagreements within the Church. In many respects, he wants to be more in the Church than over it. When Pope Benedict declared his resignation, he did so acknowledging that he no longer had the strength to be pope. Did he have to step down because we failed to help him carry the heavy burden of the Petrine ministry? And are we now ready to step up and support Pope Francis in the way and to the degree he needs it? We need a pope in order to be Catholic. But conversely, he needs us. An Italian journalist once put it very succinctly: “Dobbiamo amare il Papa—we must love the Pope.” According to the Bible, this love must be “without dissimulation,” literally “unhypocritical” (see the Greek of Rom 12:9). It is this spiritual authenticity that Francis wants us to acquire.

Pope Francis has made his choice about how he would like to exercise his office. Catholics respect his choice by taking his pronouncements and gestures for what they are, which includes not treating them as expressions of the primacy of teaching when they are not. Francis does not want to—and in fact he cannot—challenge the teaching authority of his predecessors; rather, he wants to help us “consider how to provoke one another to love and good works” (Heb 10:24).

Looking at a short, partially improvised homily as if its words were the equivalent of an encyclical of Paul VI is simply ridiculous, and is an offense against the pope’s own intentions. The pope is part of the living tradition of the Church, which is a tradition in the making. The Supreme Pontiff is affected by our inconsistencies, confusions, errors and doctrinal defects, in a double sense: his ministry cannot overlook these issues, and he is himself touched by them. To believe that all popes must be perfect and saints, theologically, is donatism, and historically, madness.

So what does it mean to look at Pope Francis SJ as the universal spiritual director? First of all, it does not mean doubting whether he really is the pope. Surprisingly, perhaps, it is Benedict XVI who can help us find an answer.

Already as cardinal, and even more explicitly as pope, he underlined the difference between Church doctrine and his own theology and exegesis: “Everyone is free to contradict me.” Compared to a theological teacher and his student, a spiritual director generally has even more authority over the individual who entrusts himself to his care; at the same time, it remains even more up to the directee what to do with his director’s advice or whether indeed to seek it in the first place. In many cases, this is how Pope Francis seems to understand his own approach.

Whether this is the best way of “being pope” remains to be seen, but it is certainly not without its merits. In any case, it comes with a price and has limitations. Indeed, we can be sure the pope himself is aware of these limitations, and we can trust that as a good spiritual director he also lets himself be challenged by others, resisting his own tendency to moralize and spiritualize issues that are in fact doctrinal.

Saint Paul reports the famous episode when he had to point out to Saint Peter how some of Peter’s practices were incoherent (Gal 2:11-21)—not that Paul would not have suffered from similar inconsistencies (Acts 16:3). The way Pope Francis acts seems to invite a similar kind of criticism, at least from people who can offer it sincerely and seriously. He is an approachable pope, thus Catholics need to drop the fear of approaching him, even if they approach with something other than praise for his actions. He speaks in his own way to the faithful, very different from his predecessors. Thus, lay Catholics, bishops and clergy will need to change how they relate to his words and gestures and distinguish more accurately with what kind of authority he acts and speaks. If Francis does not want to be as august as some of his predecessors, we should stop trying to force him.

As we learn from Benedict XVI, we are often free to contradict the pope, because there is no such thing as an obligatory theology or spirituality, even if it is the pope’s theology or spirituality. We even may not be impressed by his personal style, preferring to wait and see whether his disarmament of papal ceremonies is the best way. Or in Francis’ language: Do not “divinize your leaders!” What is binding on the conscience of all Catholics, clergy and popes included, is the faith, its doctrine and tradition. Authenticity and truth are not the same thing, but certainly they are related, and the Church needs both in order to be truthful and credible: “Thus should one regard us: as servants of Christ and stewards of the mysteries of God. Now it is of course required of stewards that they be found trustworthy” (1 Cor 4:1-2). This pope is different, and therefore papists can and need to be different, too.
Posted by Fr. Allan J. McDonald at Tuesday, March 17, 2015

Maybe you should take a look at Robert de Mittei's recent article on the Pope. I belive it is very much more accurate

An interesting and thoughtful article.
Left unsaid is that the cardinals (whom we believe act as the hand of God in these matters), make their papal choice at least in part based on what they found lacking in the previous pontiff.
I'm sure the cardinals know far better than those of us here the global impact of having an angry, remote, pedantic university professor as the church's spiritual director worldwide.
Whatever you think of Francis, he did not come out of a vacuum. Popes never do.

I must say, every time that I read *insert Pope Francis statement here* is "off the cuff, non-magisterial, etc...To me it's a cop out to not hold him responsible for the words that come out of his mouth...It is certainly true that he can't control how his words are received, but he can control what he says as to better express himself.

For better or for worse the microscope will always be on the Pope, and for this even in his non-magisterial statements, he should be clear as to what he's saying.

I tend to think that spiritual direction needs to be unique to our own circumstances. And I think for everyone to be grouped is a rather bad idea.

Although Pope Francis was certainly a professor and famously reserved in social situations, even as cardinal, are you sure he is angry and pedantic?

Thanks for this, Father-- Pope Francis as the world's spiritual director? I like it! Really!

That's the Pope that he knows how to be, and I'm willing to give him that.

Love Benedict as I do, I don't need Francis to be a Benedict clone-- we already have Benedict, just like we already have John Paul II and didn't need Benedict to be a JPII clone. When Benedict became Pope, he was up front and honest, telling young Catholics that he couldn't be "that" Pope-- i.e. JPII-- for them, but that he would do his best. That's all we can ask of any Pope, and then there's letting the Lord amaze us.