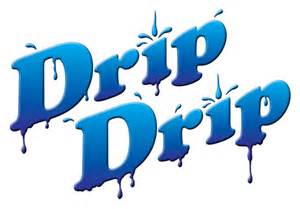 I think this National Chismatic Reporter (NCR) article is breaking news preparing us for Friday's release on Love!

A Vatican reading guide sent to Catholic bishops globally ahead of the release of Pope Francis' widely anticipated document on family life says the pontiff wants the church to adopt a new stance of inclusion towards society and to ensure its doctrines are "at the service of the pastoral mission."

The guide -- sent by the Vatican's office for the Synod of Bishops in preparation for Friday’s release of "Amoris Laetitia; On Love in the Family" -- explains that Francis "encourages not just a 'renewal' but even more, a real 'conversion' of language."

"The Gospel must not be merely theoretical, not detached from people's real lives," states the guide. "To talk about the family and to families, the challenge is not to change doctrine but to inculturate the general principles in ways that they can be understood and practiced."

"Our language should encourage and reassure every positive step taken by every real family," it continues.

Amoris Laetitia, which in Latin means "The Joy of Love," is a document written by the pope following two back-to-back meetings of Catholic bishops at the Vatican in 2014 and 2015 on issues of family life.

The meetings, known as Synods, are known to have focused on sometimes controversial issues like divorce and remarriage and same-sex marriage. The new document, known formally as an apostolic exhortation, is being hotly anticipated for what Francis may say about the meetings and what decisions he might make on tough issues.

The Vatican reading guide came to bishops alongside a letter signed by Cardinal Lorenzo Baldiserri, the head of the Vatican Synod office. The cardinal’s letter tells bishops that the exhortation is "first and foremost a pastoral teaching."

The letter is also accompanied by a summary of a number of Francis’s general audiences in the past three years, many of which have focused on family life issues. It also includes a brief summary of Pope John Paul II’s lectures on the "Theology of the Body," which it says are an "important source" for the new document.

NCR obtained copies of the materials that were sent to bishops, which have previously been reported on by Italian media outlets.

The reading guide says Francis "wants to express himself in language that truly reaches the audience -- and this implies discernment and dialogue."

Discernment, it says, "avoids taking truths and choices for granted; it has us examine and consciously adopt our formulations of truths and the choices we make."

"Like his predecessors, Pope Francis asks that as pastors we discern amongst the various situations experienced by our faithful and by all people, the families, the individuals," states the document.

"Discernment … encourages us to grow from good to better," it states. "One of the characteristics of discernment, according to St Ignatius of Loyola, is the insistence not only on taking the objective truth into account, but also on expressing this truth with a good, a constructive spirit."

"Discernment is the dialogue of the shepherds with the Good Shepherd in order to always seek the salvation of the sheep," it continues.

The reading guide states that dialogue "means that we must not ... take what we ourselves think for granted, nor what the other thinks."

The document also hints that the exhortation may find Francis invoking two ancient heresies to criticize those afraid of dialogue.

"For the culture of dialogue, the inclusion of everyone is essential," the document continues.

"The Pope suggests that we explicitly dwell on this way of understanding the Church, as the faithful people of God," it states. "The Pope’s vision of society is inclusive. Such inclusion involves the effort to accept diversity, to dialogue with those who think differently, to encourage the participation of those with different abilities."

Later, the document states: "Pastoral concern should not be interpreted as opposed to law."

"On the contrary: love for the truth is the basic point of encounter between the law and pastoral care," it continues. "Truth is not abstract; it integrates itself into the human and Christian journey of each believer."

"Pastoral care is also not a merely contingent practical application of theology," states the document. "We are not meant to fit pastoral care to doctrine, but to preserve the original, constitutive pastoral seal of doctrine."

Concluding, the reading guide says: "The language of mercy embodies the truth in life."

"The Pope's concern is therefore to re-contextualize doctrine at the service of the pastoral mission of the Church," it states.

Using a Greek word for the proclamation of salvation through Jesus, it states: "Doctrine should be interpreted in relation to the heart of the Christian kerygma and in the light of the pastoral context in which it will be applied."

The reading guide ends with a quotation from the church’s Code of Canon Law: "The salvation of souls, which must always be the supreme law in the Church, is to be kept before one’s eyes."

And on the same day as this leak, leak, drip, drip primer, we have the reassuring words of yet another good Cardinal! This is from the Wanderer: 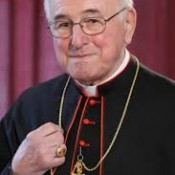 Walter Brandmüller, a retired Curial Cardinal from Germany, published today, 6 April, on the Austrian Catholic website Kath.net a strong statement (http://www.kath.net/news/54713) in preparation for the upcoming Apostolic Exhortation of Pope Francis. He makes it clear that the pope is bound by the Dogmas of the Church, as they are also to be found in the Church’s Catechism.

The Cardinal says: “It is the Church’s magisterial teaching (Dogma) that a validly contracted and consummated marriage cannot be dissolved by any power of the world – also not by the Church herself.” Brandmüller reminds the readers that this teaching has been re-affirmed by both the Apostolic Exhortation Familiaris Consortio (1981) by Pope John Paul II and the Catechism of the Catholic Church (1997).

Brandmüller clearly says that he “who, in spite of an existing marriage bond, enters after a divorce into a new civil union, is committing adultery” and that – as long as that person “is not willing to put an end this situation” – he “cannot receive either absolution in Confession nor the Eucharist (Holy Communion).” Any other path, the cardinal insists, would be “bound to fail” due to “its inherent untruthfulness.” He continues: “This is valid also with regard to the attempt to integrate into the Church those who live in an invalid ‘second marriage’ by admitting them to liturgical, catechetical and other functions.” This path, in his eyes, would lead to “conflicts,” “embarrassments,” and an “undermining of the Church’s sacred proclamation.”

The Cardinal continues by saying that such newly attempted proposals “reveal themselves as attempts – with the help of ‘salami tactics’ – to finally admit these couples to the Sacraments.” He adds: “The ‘way out’, in order to allow exceptions, is an impasse. What is fundamentally impossible for reasons of Faith, is also impossible in the individual case.”

The German cardinal concludes his statement with the important sentence: “The post-synodal document, Amoris Laetitia, is therefore to be interpreted in light of the above-presented principles, especially since a contradiction between a papal document and the Catechism of the Catholic Church would not be imaginable.”

The Germans, given the collapsing state of the Catholic Church in Germany, seem to have a disproportionately outsized role in Church affairs. They are, de facto, a State Church because of the Church tax, so we need to take anything coming out of there with a HUGE grain of salt.

Those in second marriages and irregular unions, including homosexual ones, have admitted themselves to the Sacrament of the Eucharist, since at every Mass everyone troops up to receive, row by row, and regard it as part and parcel of their attendance.

The GIRM in the section on Masses for the Dead has this paragraph (#383): 'The faithful, and especially the family of the deceased, should be urged to participate in the Eucharistic Sacrifice offered for the deceased person also by receiving Holy Communion.'

That the children of the deceased may well have lapsed years ago, that they have married outside the Church and that their own offspring have not been baptized, is presumably not regarded as important enough to mention.

I suspect that Pope Francis's prolix document can be boiled down to the following: 'Well, strictly speaking you shouldn't be receiving Holy Communion, but since you already are and it's OK by you, then we won't make too much of a fuss about it.'

I agree and how many pastors today are even aware of their parishioners second marriage since our society is so transient now and we have people moving in from all over.

I've always felt that if someone presents themselves for Holy Communion that they should receive and the burden of salvation or condemnation resides completely with them, not me. That said, if I am aware that someone who receives Holy Communion is creating a stir or scandal, I will ask them not to receive if they have a public impediment that I am aware of.

Fr. McDonald, a very wise and practical solution. I got into an argument with a Lutheran once who claimed that the priest could tell she was Lutheran, so that's why she didn't present herself for Communion, I laughed, and said unless she wore a sign "I am a Lutheran" there was no reasonable way of the priest knowing!

In opposition to the Cardinal Brandmüller's views, we must not miss reading Cardinal Ennio Antonelli's (President Emeritus of the Pontifical Council for the Family) excellent explanations: http://www.familiam.org/pcpf/a...
where he says: "Usually the responsibility develops gradually. However, one cannot “look on the law as merely an ideal to be achieved in the future;” one cannot speak of gradualness of the law “as if there were different degrees or forms of precept in God’s law for different individuals and situations” (Saint John Paul II, Familiaris Consortio, 34). The moral law that obliges all and always should not be seen as “an ‘ideal’ which must then be adapted” to man’s concrete possibilities (Idem, Veritatis Splendor, 103). The obligation to do good has no gradation, but the ability to do develops gradually.
To indicate the distinction between the objective truth of Christian life according to the Gospel and the subjective responsibility of individuals, St. John Paul II created an evocative image that he used several times after his speech in Kinshasa, on 3 May 1980. The Pope usually recommended to the pastors of the Church not to lower the mountain, but instead help believers to climb it by leading the way. For their part, the faithful should not stop trying to reach the summit; they must sincerely seek both what is good and the will of God. Only with this fundamental attitude is it possible to develop a positive path of conversion and growth, even though individual steps may be short and sometimes even deviant. “What is needed is a continuous, permanent conversion which, while requiring an interior detachment from every evil and an adherence to good in its fullness, is brought about concretely in steps which lead us ever forward” (Familiaris Consortio, 9)."