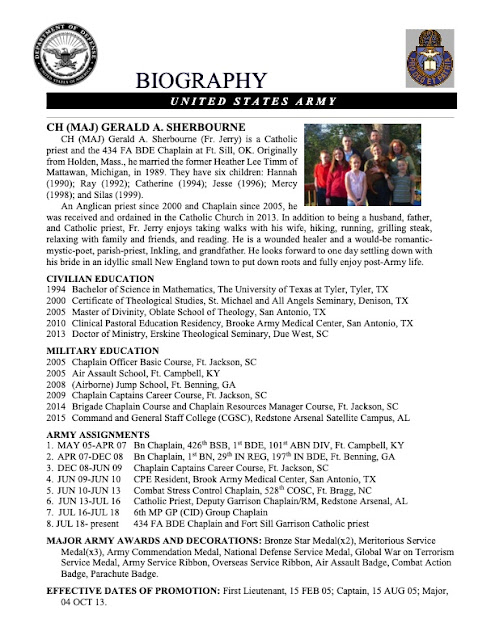 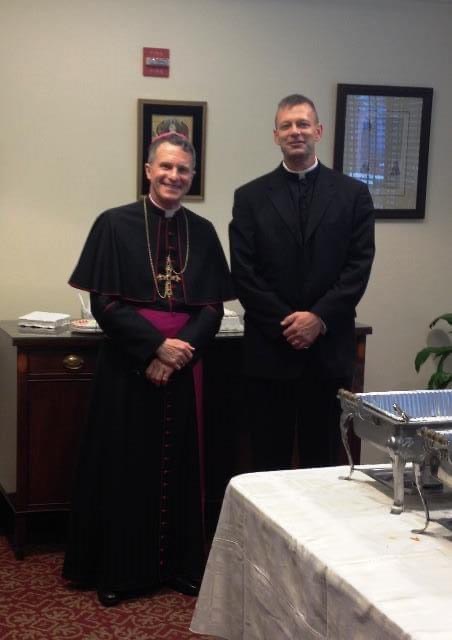 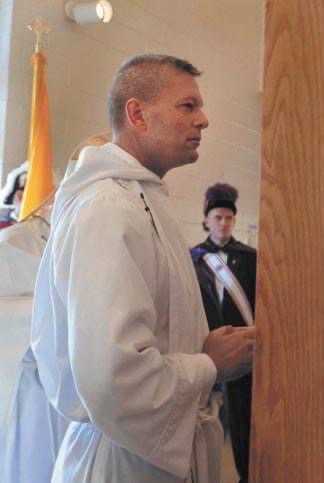 On Thursday I got an email from a Catholic priest who just moved to Richmond Hill. He is a Major in the Army and is the new Chaplain for Fort Stewart about 20 miles from Richmond Hill.

He told me he just got here and would like to introduce himself to me. Today, Sunday, he is concelebrating our 10:30 AM Mass with our brand parochial vicar, newly ordained, celebrating and preaching his first 10:30 AM High Mass.

Oh, by the way, he is a married Catholic priest and has six children the youngest 21 years old.

Yes, he is a former Episcopal/Anglican priest ordained a Catholic priest in 2013 thanks be to God because of Pope Benedict’s splendid ecumenism.

He is the second married army chaplain/priest in Richmond Hill, the other transferred away before I got here. And of course I had a married priest as my parochial vicar at the Church of the Most Holy Trinity the entire 14 years I was there and there were two others in Augusta as well, once a former Protestant Episcopal Church bishop.

Yes indeed, we are the Amazon of the USA and did not even have a synod to make way for married priests!
Posted by Fr. Allan J. McDonald at Sunday, July 05, 2020

I would think that this statement could very well be unfair and perhaps even harmful to your fellow priests and their current ministries...... By associating their ordination with the Amazon Synod even by conjecture, you are associating them by default with the other horrible things affiliated with said Synod. We all know how volatile things became then...why open up your fellow priests to that association.

To discuss married priesthood is one thing. To lump them together with the other evils that took place is another thing all together. I am NOT a proponent of a married priesthood, but the issue could be discussed without the wider association.

I like the "dog collars" Anglican clergy usually wear. They may have been more common among Catholic clergy of the pre-Vatican 2 days.

Who was the ex Episcopal bishop you worked with in Augusta?